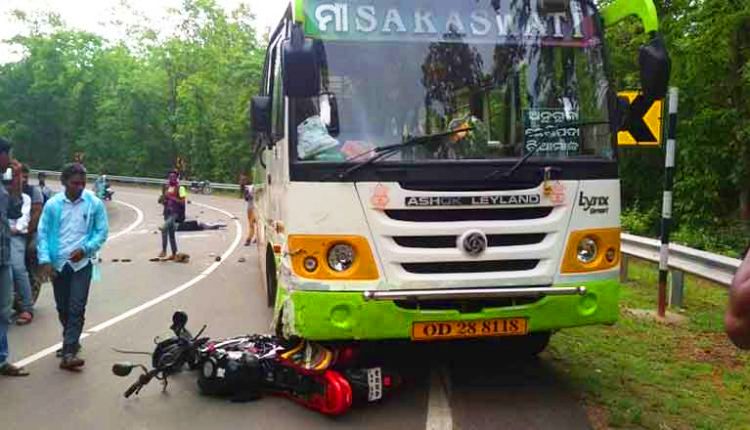 Deogarh: In a fatal road mishap, a college girl and a 20-year-old youth were crushed to death after a bus rammed into the the bike they were travelling on near Hadamunda area on NH-53 in Deogarh district this morning.

The two deceased have been identified as Santosh Pradhan and Simarekha Biswal, both were residents of Baghiabandh village in the district. Simarekha was a Plus II student of Deogarh College.

Sources said the duo was travelling to Deogarh at around 7 AM today, when a bus en-route to Angul collided head-on with it near Hadamunda. While Santosh died on the spot, Simarekha was declared dead at  Deogarh District Headquarters Hospital (DHH).