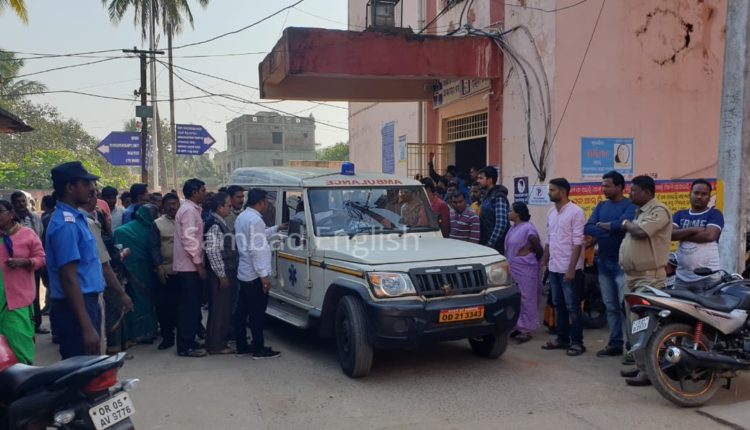 Jagatsinghpur: A college girl sustained critical injuries after she was run over by a speeding truck at Bada Bazar area in Jagatsinghpur district today.

The victim has been identified as Madhusmita Parija, a resident of Naugaon area in the district.

The incident occurred while Madhusmita along with her two friends Subhalakshmi Dutt from Bhubaneswar and Lijarani Rout from Naugaon was standing near the road after parking their scooter.

According to reports, a 10 wheeler truck hit the trio from behind when they were busy in talks. The heavy truck ran over Madhusmita leaving her seriously injured and her two friends sustained minor injuries in the incident.

The trio was rushed to the District Headquarters Hospital (DHH), Jagatsinghpur, for treatment. However, Madhusmita was referred to the SCB Medical College & Hospital as her health condition was stated to be critical.

Source said that the victim sustained a spinal cord injury in the mishap.

The locals, who were present at the site, managed to stop the vehicle and handed over the driver identified as Manoj Mallick to the police.

How a gut infection may produce chronic symptoms