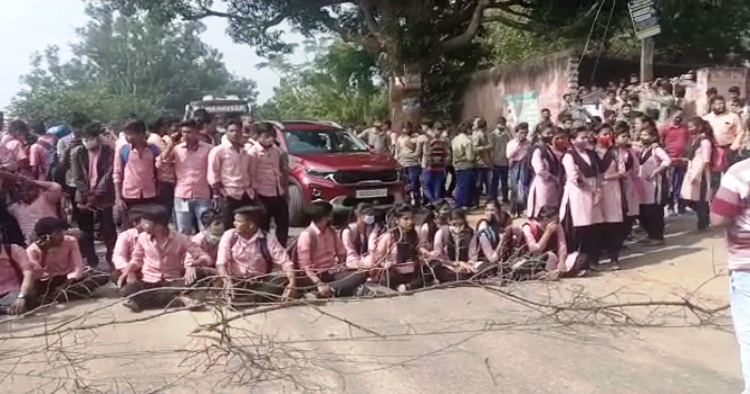 Nayagarh: While the sensational kidnap and murder of 24-year-old schoolteacher Mamita Meher in Odisha’s Kalahandi district is still fresh in people’s mind, a college girl was allegedly abducted by unidentified miscreants in broad daylight in Gania of Nayagarh district today.

Sources said when the girl, a Plus 3 Second Year student of S.S.R.N.J. Mahavidyalaya, was on her way to college on a bicycle, two  miscreants came out of a white coloured car having no number plate and kidnapped her.

Till the last report was filed, whereabouts of the girl was not ascertained.

“We were coming to college on our bicycles, when the car came from the behind and stopped in front of us. Later, two men from back seat of the car got off and pulled her into the vehicle before fleeing the spot. The car had four occupants, including the driver,” said a girl, who was present on the spot when the incident took place.

Furious over the incident, hundreds of students staged a road blockade in front of the college by burning tyres demanding immediate arrest of the culprits and rescue of the victim girl.

“Efforts are underway to rescue the girl. All roads have been blocks and a search operation is underway to nab the culprits,” said the IIC.

Watch: Virat Kohli shares emotional message after being retained by RCB for IPL 2022