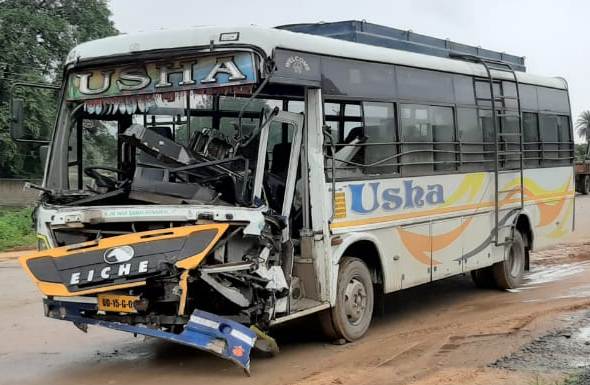 According to reports, the two ill-fated vehicles, one heading towards Bargarh from Bhubaneswar and another travelling to Angul from Sambalpur, collided this morning around 6 am.

While two of the victims were taken to VIMSAR in Burla as their condition deteriorated, five others are undergoing treatment at a local hospital.

Bus falls off bridge in Odisha’s Kandhamal; over 30…