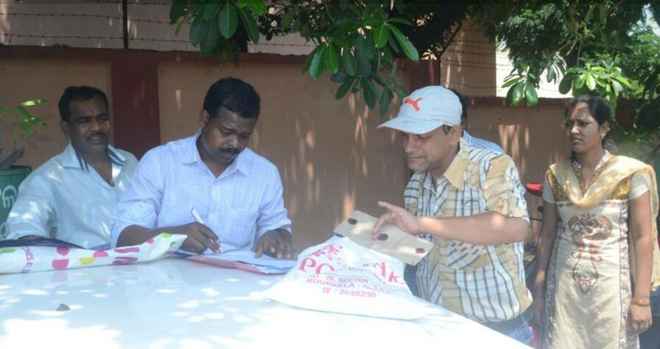 DEO clerk caught while taking bribe from teacher in Odisha

According to reports, Vigilance officials conducted raids at six places including his ancestral house in Patamundai area in Kendrapara district, government residence in the Commercial Tax Colony in the city, his father-in-laws house, uncle’s house and an under construction building.

The sleuths seized Rs 80 lakh cash with a car worth around Rs 6 lakh, a bullet bike, ornaments worth Rs 50,000 and paper of Rs 5 lakh bank deposit during the raid till the filing of the report.