Their arrest comes in wake of several complaints of theft by passengers  availing the Mo Bus service in Bhubaneswar after which police swung into action. 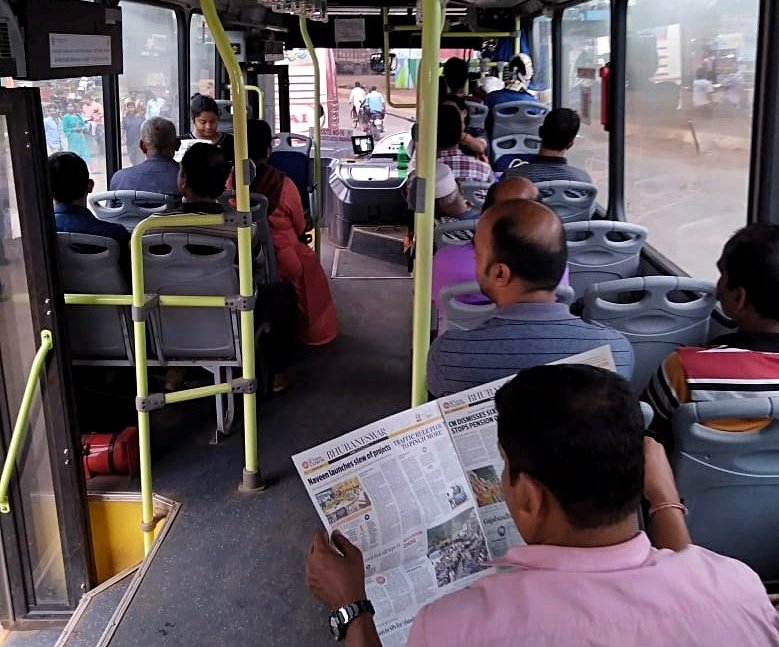 Bhubaneswar: Commissionerate Police in a release today claimed to have busted a gang involved in pickpocketing in the public transport system ‘Mo Bus’ in the State Capital after arresting two persons from Jajpur district in Odisha. The accused were identified as Sanjay Singh (26) and Ganesh Pradhan. Their arrest comes in wake of several complaints of theft by passengers  availing the Mo Bus service in Bhubaneswar after which police swung into action.

Police sources said the gang consists of adults using ladies and juveniles to commit the crime.  Locally known as ‘banjaras’, these vagabonds stay in stations, abandoned houses, school campus and roadsides. Fifteen mobile phones, including two of RD college students, two ladies’ money purses, one pair gold ear top, two laptops with bags and Rs 5,500 cash have been recovered from the possession of the accused. “Both Sanjay and Ganesh were nabbed from Dhanamandal of Jajpur district. Stolen articles have been recovered. Ladies and juveniles are also involved in the racket and are being traced, ” a release from the CDP office stated.

Following the arrests, DCP Bhubaneswar appealed to passengers to give information to the police if they spot any such suspicious persons, ladies or juveniles travelling by availing Mo Bus service, or wandering gang specially ladies and children wandering in any residential area in the city. Denizens were also warned to keep their doors closed in the wee hours and exercise caution in crowded areas as the gang may become more active amid festivities in the upcoming puja season.

Covid may increase risk of type 1 diabetes in children