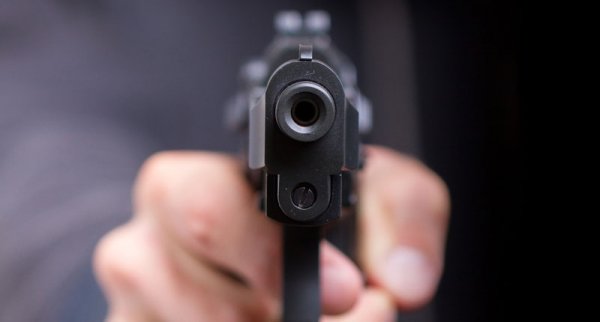 Bhubaneswar: The Commissionerate Police is in action mode. In the last 48 hours, the city police has conducted five encounters in different parts of the city and caught four notorious criminals of a gang.

In the latest encounter on Sunday night, Rabi Rao, a wanted criminal was injured in an exchange of fire with a special quad of the Commissionerate Police.

The incident took place after the police received a tip-off suggesting the presence of Rao near Bharatpur area under Khandagiri police limits.

Seeing the cops approaching him, the criminal opened fired at the police team instead of stopping. The police squad retaliated by opening three to four rounds of controlled fire at the miscreant that injured his both legs and subsequently fell off on the ground.

The criminal was admitted to Capital Hospital for treatment.

The cops have seized one country made handgun, bombs, live ammunition from his car.

According to police, more than 50 cases of dacoity, snatching and attempt to murder registered against Rao at various police stations in Cuttack and Bhubaneswar.

Earlier in the day, two members of the same gang were injured and arrested in an encounter with Dhauli police here

Similarly, two wanted criminals – – Poda alias Arun Kumar Mallcik and Bibekananda Nayak – were arrested after an exchange of fire with police at Bhuinchua near Balianta on the outskirts of the city on Saturday.

It is believed that the Commissionerate Police has adopted a tough stance against criminals after drawing flak from various quarters in the wake of series of loot cases in the city, including four incidents on July 30 alone.

SHOCKING! Odisha youth run over by tractor while repairing