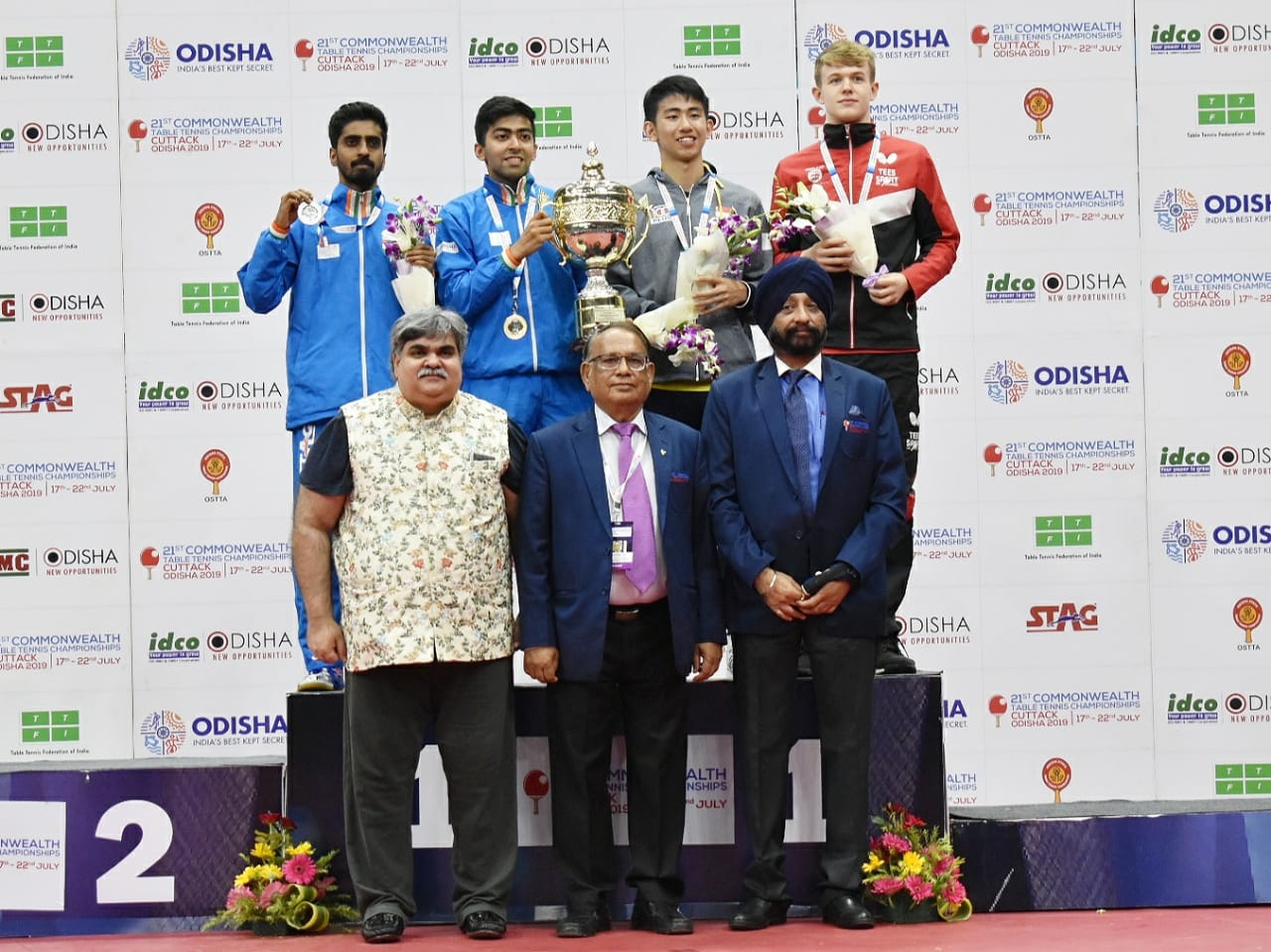 Cuttack: Indian paddlers made most of the ‘home advantage and grabbed all the gold medals — seven to be precise — in the 21st Commonwealth Table Tennis Championships which concluded at the Jawaharlal Nehru Indoor Stadium on Monday.

G. Sathiyan was expected to lead the individual medal tally but could not surmount the rampaging Harmeet Desai as he faltered when it mattered the most against the 26-year-old Desai, who brought India from the brink to help win team gold, yet again proving his mettle in the singles final.

But the best thing to happen at the championships was that no individual could replicate the gold-winning performance in other events.

The domination of the paddlers at the championships could be gauged from the fact that all finals featured only the Indians, making it more of a national event than an international one. In the final analysis, India won seven gold — the best ever haul — five silver and three bronze medals to be the table toppers.

Indeed, no one deserved to lose the singles final, but Desai deserved more to win the title. After being in arrears (0-2), he brought out the best in a crunch situation to outwit favourites Sathiyan.

Earlier, Sathiyan and Sharath Kamal failed to counter the fury of Anthony Amalraj and Manav Thakkar who claimed the men doubles gold, downing the top pair 3-1, after the Indians had banished the Singapore and England pairs, respectively, in the semi-finals.

In women singles, Ayhika Mukherjee seized the opportunity to win her maiden gold in the championships when she blanked out Madhurika Patkar 4-0. In fact, Madhurika also had some harrowing moments in the semi-final against Sreeja Akula. The little girl from Telangana matched Madhurika’s stroke, but could not do so against the experience of her rival, particularly in the extended fifth game as Madhurika won 4-1 to seal her place. In the adjacent table, Ayhika put it across Ho Tin-Tin of England after dropping her third game to win by an identical margin.

In women doubles, Pooja Sahasrabudhe and Krittwika Sinha Roy defeated the other Indian pair of Sreeja Akula and Mousumi Paul 3-1.