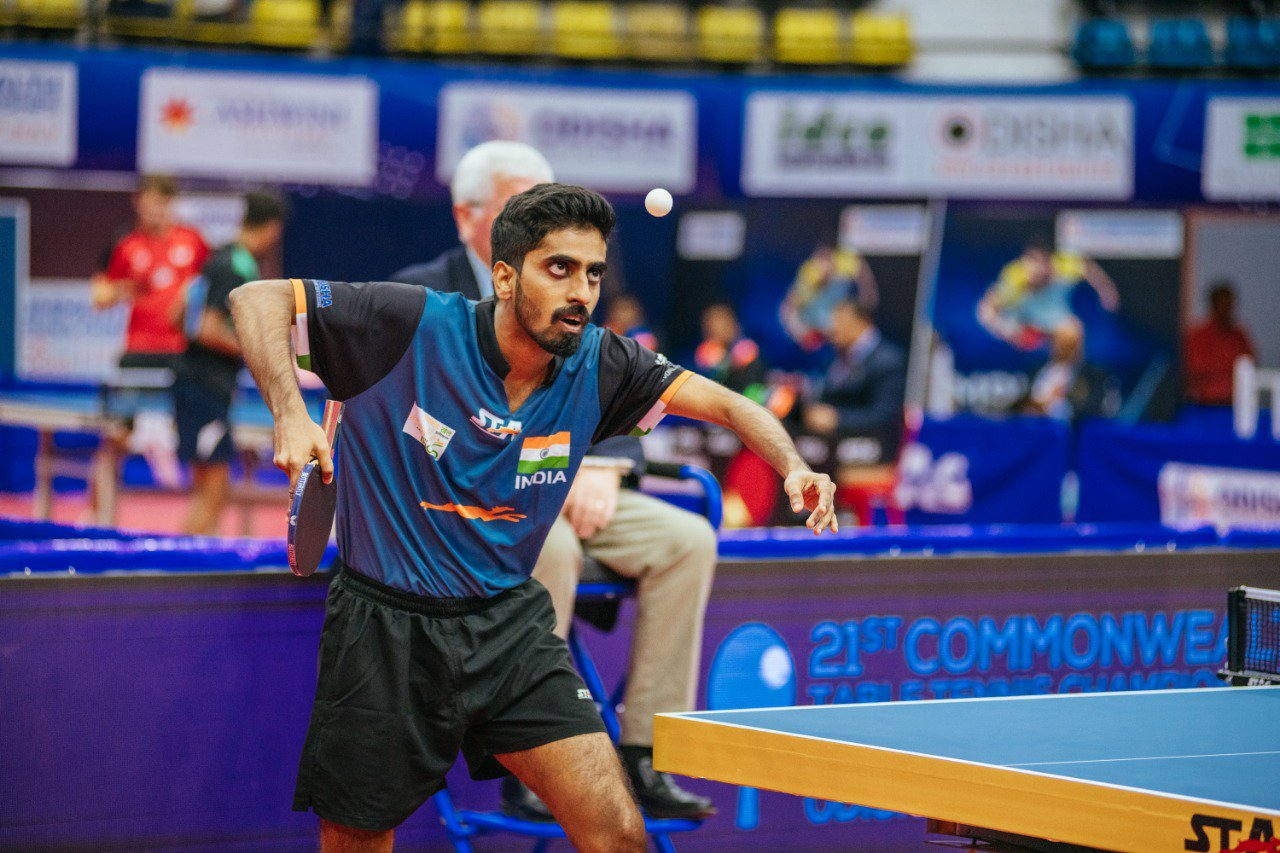 Cuttack: England tried to change the script, but the Indian men brought in a twist to the tale through birthday boy Harmeet Desai to end the English hopes to lift the Host Association’s Cup, while Indian women played their characters to perfection to script their win for the India Cup in the 21st Commonwealth Table Tennis Championships at the Jawaharlal Nehru Indoor Stadium on Friday.

The Indian men beat England 3-2 while Indian women did the impossible downing Singapore 3-0 to dethrone the defending champions. Singapore had a stranglehold on the trophy since 1997. After having won the Cup for eight consecutive times, their vice-like grip was snapped when they chose to send a weak team.

Men, on the other hand, could extend their reign for the second successive time after annexing the title in the previous edition at Surat in 2015. The Indian men had won their first crown in Kuala Lumpur in 2004.

Archana Kamath began it all for India but it took some time before she could shake off her rustiness to overcome Ho Tin-Tin, the promising player of Chinese origin with a pen-holder grip. Archana, when attacked on the forehand, found her returns going awry but her strong backhand rescued her against the Briton.

After she won the extended second game, the Indian never looked back to put India on a winning path. Manika Batra decimated Denise Payet and Madhurika woke up from her passive play to tighten the noose around Emily Bolton and England for a 3-0 sweep.

Harmeet Desai, celebrating his 26th birthday, not only presented himself a wonderful gift but also brought India from the brink of defeat to a face-saving title victory. India, trailing 0-2 in the final, needed him to give that spark which was lacking. And he did not disappoint with a fantastic win over McBeath to pave the way for Sathiyan and Sharath to complete the task in their reverse singles.

If Sharath Kamal was awful against Thomas Jarvis, who is No. 186 in the world, in the opening tie, Sathiyan was equally guilty of plotting his own downfall against Samuel Walker, ranked No. 86. And that too after taking a 2-0 lead.

But credit must be given to the two English players, especially Jarvis who not only blocked superbly but had the experienced Sharath in a tangle with his accuracy. Unable to counter him, Sharath threw in the towel earlier than one had expected him to.

Sathiyan faced a determined Walker who inched his way slowly but surely to first draw level and up the ante in the decider, keeping a sizeable lead. But Sathiyan was able to break the shackle and twice levelled the score at 7-7, 8-8 before the Briton romped home winners to give a nice cushion (2-0).

Enter Harmeet Desai, the twist came for India as he defeated David McBeath to provide the much-needed oxygen and India snatched victory from the jaws of defeat.