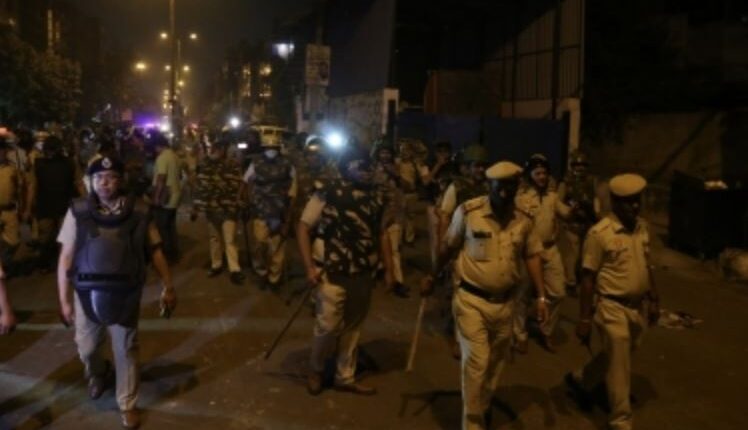 New Delhi: A plea has been moved in the Supreme Court seeking an investigation by the National Investigation Agency (NIA) in communal clashes, which took place in many parts of the country on the occasions of Ram Navami and Hanuman Jayanti.

The plea moved by advocate Vineet Jindal said attacking the devotees during a procession by firing, stone-throwing, vandalising vehicles, and creating communal tension is a threat to the sovereignty of the country. “Considering the gravity of this matter and a series of events across the country in seven different states indicate the involvement of terror funding with possible links to ISIS and other anti-national and international organizations to target Hindus across the country”, said the plea.

The petitioner said he is aggrieved that on the auspicious occasions of Hanuman Jayanti and Ram Navami, multiple incidents of communal clashes took place in different states of the country. “Clashes broke out in Jahangirpuri on April 16, on the occasion of Hanuman Jayanti celebration and before that even during Ram Navami celebrations in the states of Rajasthan, Gujarat, Jharkhand, West Bengal, and Madhya Pradesh and on JNU campus during peaceful procession and celebration, the devotees were attacked”, added the plea. The petitioner sought a direction from the top court to handover the investigation of the FIRs to NIA.

A letter petition was also moved by an advocate Amritpal Singh Khalsa before Chief Justice N.V Ramana to take suo motu cognisance of the Jahangirpuri riots in Delhi. The letter petition said the Delhi Police investigation so far, has been partial, communal and is directly shielding perpetrators of the riots.

“The role of Delhi Police in 2020 riots have belittled them and have weakened the faith of the people in them. With this letter I beseech your lordships attention in exercising epistolary jurisdiction, thereby constituting a committee headed by sitting judge of this court, to conduct impartial probe into Jehangirpuri riots. At least, the scar as the instant one is somewhat remedied”, added the letter petition.

Over 150 booked for disturbing peace in MP’s Neemuch