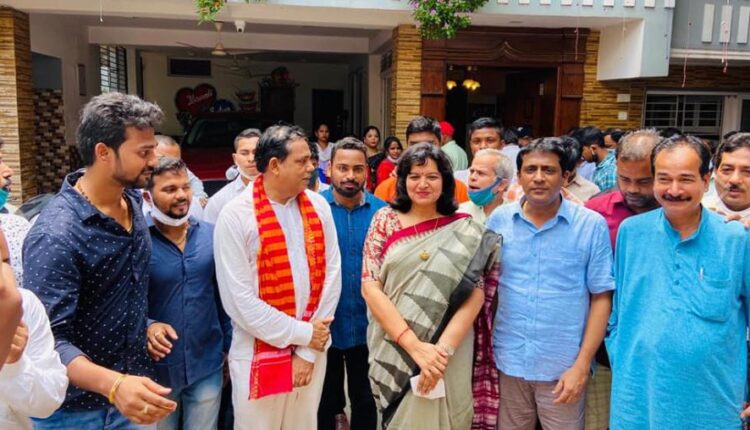 Bhubaneswar:  A police complaint was lodged against BJP MP from Bhubaneswar Aparajita Sarangi for allegedly violating COVID-19 guidelines issued by the government.

As per the complaint filed at the Capital Police Station, the Bhubaneswar MP arrived in the capital city on May 25 from outside the State. Instead of staying in home quarantine, Sarangi held birthday party at her residence and met with party workers. Neither the MP nor the party workers maintained social distancing at the meeting, the complaint added.

Above all, the MP took selfies with party workers. Later the party men shared the photos of Facebook.

The complaint further stated Sarangi held another meeting with party workers yesterday. Without wearing a mask she held the meeting where no one followed the social distancing norm.

Some party workers even shared the photos of the MP at the meeting on social media.

The complaint lodged by Jogesh Chandra Jena and Mallick Samim Akhtar from Bhubaneswar said such photos of violation of COVID-19 norms spreads a wrong message in the society.

“We demand a probe into the matter and strict action against the accused,” the complainants stated in the complaint.

Meanwhile, sources said the Bhubaneswar MP paid Rs 100 fine for the violation of COVID-19 norms at the Capital police station.