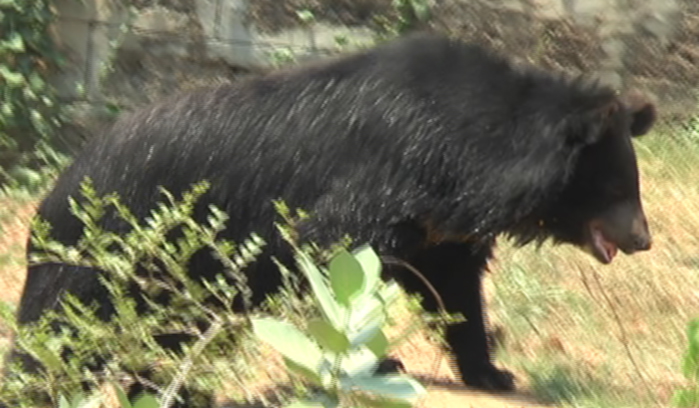 Bhubaneswar: The condition of Himalayan black bear ‘Shambhu’ is stated to be critical at Nandankanan Zoological Park here on outskirts of the city.

The 30-year-old Shambhu, a male in breed, skipped food since past two months. After his condition deteriorated, he was kept at food cell behind enclosure 16 B inside the zoo where he was put on liquid diet.

Sources said that the black bear is suffering from various ailments.

The wildlife was undergoing treatment for improving his liver function. However, the attempts by vets at Nandankanan went in vain.

Shambhu was born to Himalayan black female bear Bulu and male breed Nalu at Nandankanan in 1988.

Presently, there are five Himalayan black bears at Nandankanan.