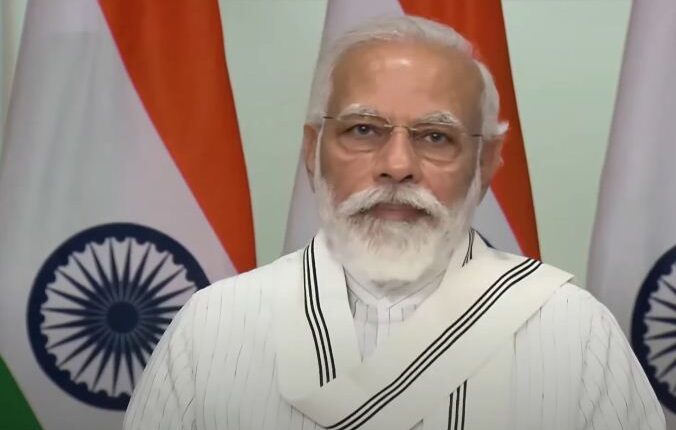 New Delhi:  A day after Prime Minister Narendra Modi’s address to the nation from the Red Fort’s ramparts, the Congress on Sunday questioned him for not taking the name of China in his Independence Day speech in the wake of Chinese actions on the LAC and in the Galwan Valley in Ladakh.

Congress chief spokesperson Randeep Singh Surjewala said: “We are proud of our armed forces. All 130 crore Indians believe in the courage of the armed forces, including the Congress. But why is the Prime Minister afraid of taking the name of China in his speeches?”

Congress said that till date Modi had not taken China’s name directly or indirectly since the border tensions began.

On Sunday, Congress leader Rahul Gandhi tweeted: “Everybody believes in the capability and valour of the Indian Army.

“Except the PM, whose cowardice allowed China to take our land. Whose lies will ensure they keep it.”

Former Union Minister Manish Tewari said that “China has occupied our territory and the Prime Minister of India does not have the courage to name China”.

“What kind of a leader is he?” Tewari asked.

In her Independence Day statement, Congress interim chief Sonia Gandhi too had attacked the Prime Minister while pointing to the Galwan Valley face-off on June 15 and paying tributes to the 20 brave hearts who laid down their lives for the country.

On the 74th Independence Day on Saturday, Modi had said that the respect for India’s sovereignty is supreme for the countrymen and that the Indian Army had responded in the same language on any border incident on the Line of Control and the Line of Actual Control whenever someone challenged the territorial integrity of the country.

“Respect for India’s sovereignty is supreme for us. What our brave soldiers can do for this resolution, what the country can do, the world has seen in Ladakh,” Modi had said.