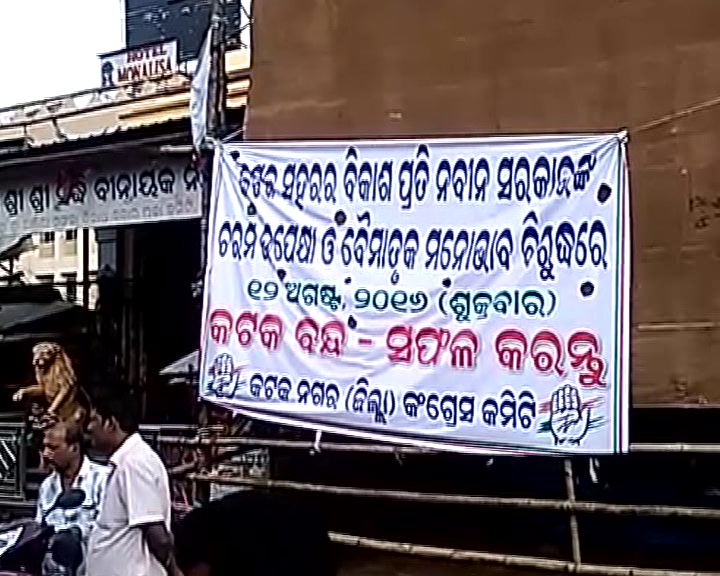 Normal life was paralyzed in Odisha’s millennium city Cuttack today due to a 12-hour dawn-to-dusk bandh called by Congress demanding fulfillment of a 12-point charter of demands.

Twenty platoons of police force have been deployed in the city to prevent untoward situation during bandh.

“Roads in the city have deteriorated. The municipality is doing nothing. Hundreds of denizens of Cuttack are affected with dengue and cholera. No preventive measure has been taken towards it. Japan International Cooperation Agency (JICA) was given the responsibility for improvement of drainage in Cuttack. But the agency had made the city a death trap. It has dug roads at several places,” said City Congress president Mohammad Mokim.

“We have demanded for solution towards various problems of Cuttack multiple times but the government is not paying any heed to it. Chief Minister Naveen Patnaik is showing a step-motherly attitude towards the city. So, we have given the bandh call today to press our demands. If the demands aren’t fulfilled, the agitation will turn into a mass movement in future,” he said.

“People of Cuttack have extended their support towards the bandh call. The bandh will definitely put impact on the government,” said senior Congress leader Suresh Mohapatra.

Around 200 Congress workers, including Mokim and Mohapatra, were detained by police during the bandh.