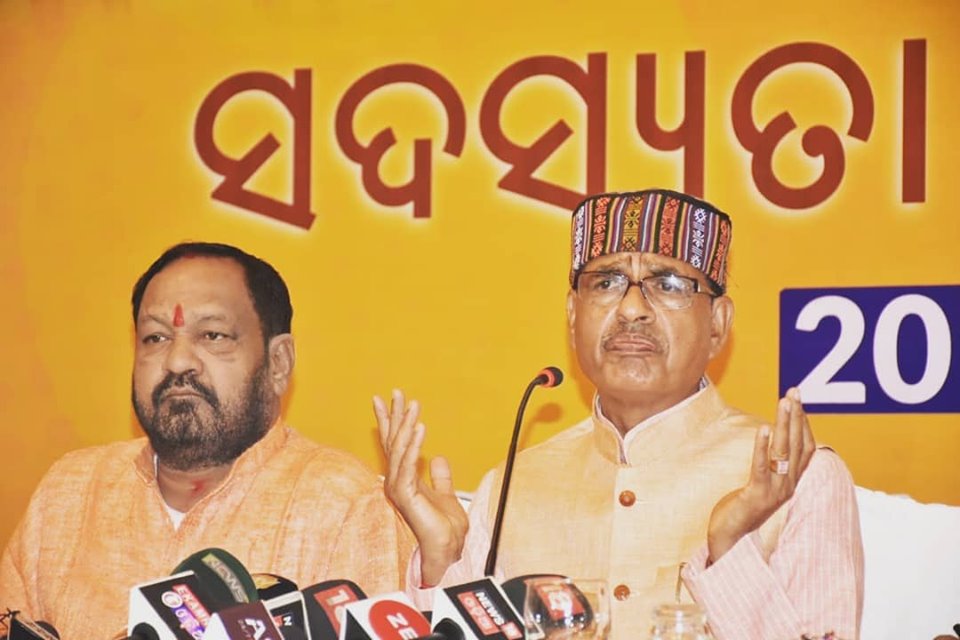 Chauhan also alleged that the government has failed to distribute money under the KALIA scheme.

“Under the Pradhan Mantri Kisan Samman Nidhi (PM-KISAN) scheme, farmers will get Rs 6,000, which will be credited to their bank accounts. Why is the Odisha government not providing the list of farmers to Centre? If the State government has really provided money under the KALIA scheme to farmers, why there is no list of the beneficiaries,” asked Chouhan, who is currently on a visit to the state.

Responding to the allegations, BJD MLA Shashi Bhusan Behera said the 15th Finance Commission and several economists have praised Odisha government’s KALIA scheme. He said criticising the government is an insult to the people’s mandate.

Chouhan further said the Congress party was not willing to learn any lessons from its defeat in the Lok Sabha elections as it still wants Rahul Gandhi and Sonia Gandhi to lead the party.

He said the people have already rejected dynasty politics in the Lok Sabha elections and it would have been better if the Congress had gone for a new leadership by choosing out of the Gandhi family.

“Congress is not willing to learn. It is surprising that the Congress Working Committee (CWC) still wants Rahul Gandhi and Sonia Gandhi to lead the party,” he said.

Notably, Sonia Gandhi was appointed as interim President of the Congress at the party’s working committee meeting on Saturday.

Senior Congress leader from Odisha, Sura Routray responded to Chauhan’s allegations on Gandhi family, saying that the BJP was making such statements out of panic after Sonia Gandhi was appointed the interim Congress President.