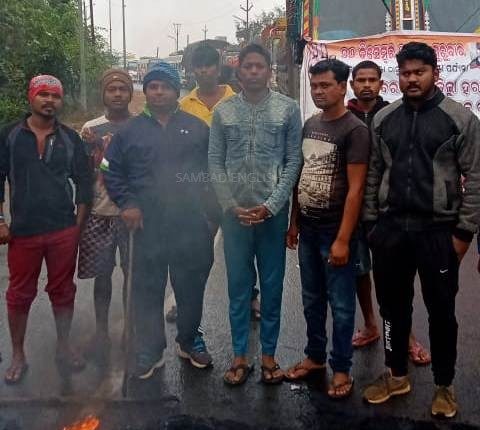 Nabarangpur: A bandh is being observed in Odisha’s Nabarangpur district by Congress alleging police inaction in the incident of alleged rape and murder of a minor girl in Kosagumuda area.

Led by senior Congress leader Pradeep Majhi, party workers blocked NH-26 in front of the Nabarangpur district Congress office this morning affecting vehicular movement. Many vehicles remained stranded on both sides of the road due to the blockade.

Shops and business establishments remained closed in Nabarangpur town in view of the bandh. Demanding immediate arrest of the accused, the agitators warned of intensifying the agitation across the state if their demands are not fulfilled.

They alleged that police had initially detained some youths in connection with the rape and murder case, but later released them.