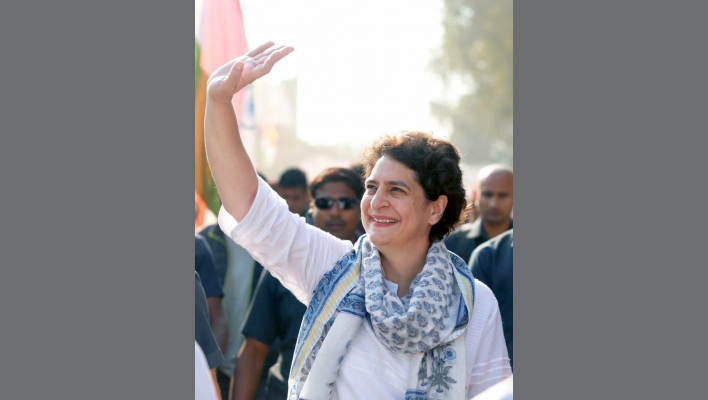 New Delhi: The Congress has called a meeting of all its general secretaries, state in-charges, state chiefs and Legislative party leaders on December 23 to prepare for the ‘haath jodo abhiyaan’ and the plenary session of the party slated to be held in February.

The party’s ‘haath jodo’ programme will start from January 26 for the next two months and the plenary session will be held in Raipur in February.

The Congress programme will be telecast live on giant screens and will be shown at important places across each state.

Priyanka Gandhi Vadra will lead an all-women march in each state capital and read out a ‘women’s manifesto’ as the Congress gears up to take the Bharat Jodo Yatra to booth level.

The party had started its preparatory meetings for this at the state level and then district and block level.

Apart from Priyanka’s women march, the Bharat Jodo Yatra will start at the booth level in one month’s time. The activists will distribute letters written by Rahul Gandhi and a charge sheet against the BJP government to every person.

After the Yatra, a block level convention will be held in each district to be attended by the state president and senior state Congress leaders.