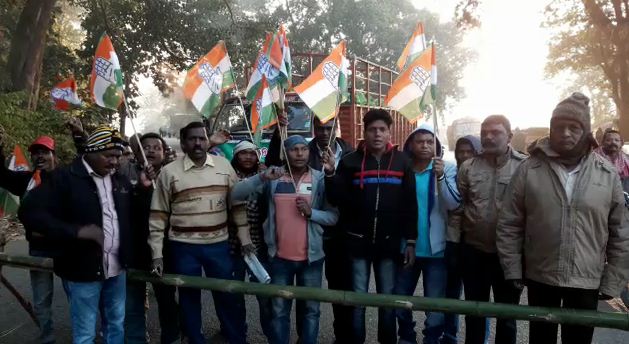 The protesters holding party flags staged road blockade by burning tyres on the road. Movement of vehicles from Rayagada to Ganjam and Gajapati was affected to the incident.

Gamang was killed in a road accident at Tandikana Chhak on December 24 when he was heading towards Gunupur from Rayagada. However, the agitators alleged that he was murdered and demanded an investigation into the matter.