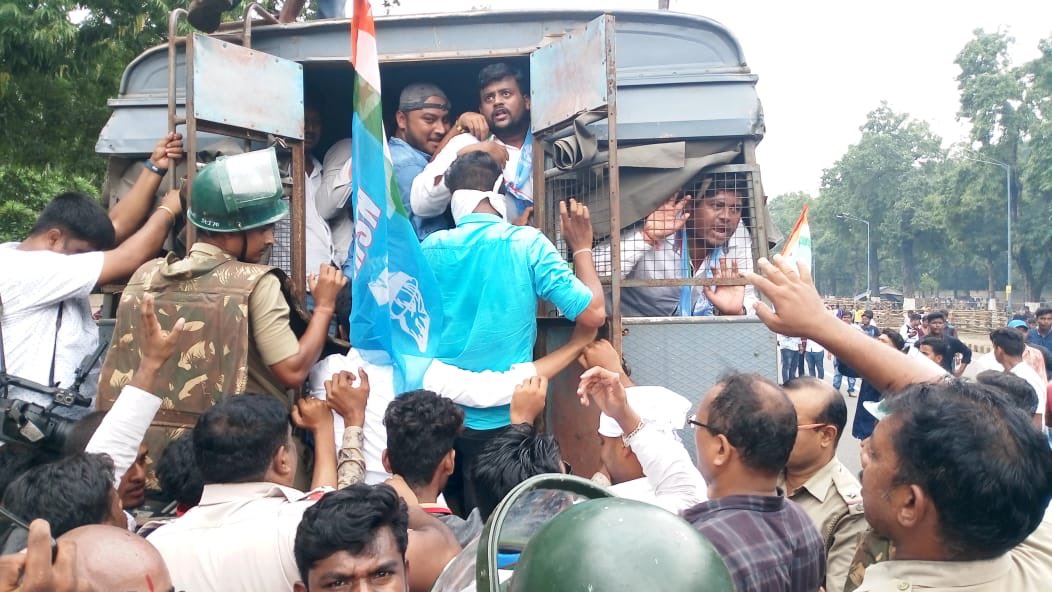 Bhubaneswar: Tension ran high at Raj Mahal Square here today after members of Chhatra Congress along with DMLT and DMRT students  had a scuffle with police personnel during a demonstration staged by the activists.

Pressing for fulfillment of a five-point charter of demands including jobs and withdrawal of privatization in government hospitals, over a hundred activists took out a protest rally at Master Canteen here. During the demonstration, they burnt an effigy of CM Naveen Patnaik, threw plastic chairs on the cops and even ransacked a police vehicle.

Later, a scuffle ensued between the activists and the cops after the latter tried to prevent them from proceeding. The activists manhandled with the cops by breaking the police barricades. Meanwhile, police detained over 40 activists from the spot.

Chhatra Congress president Itish Pradhan said, “We had earlier informed to ghearo CM Naveen Patnaik’s residence to press for our demands. We will intensify our agitation in coming days if the demands are not fulfilled within seven days.”