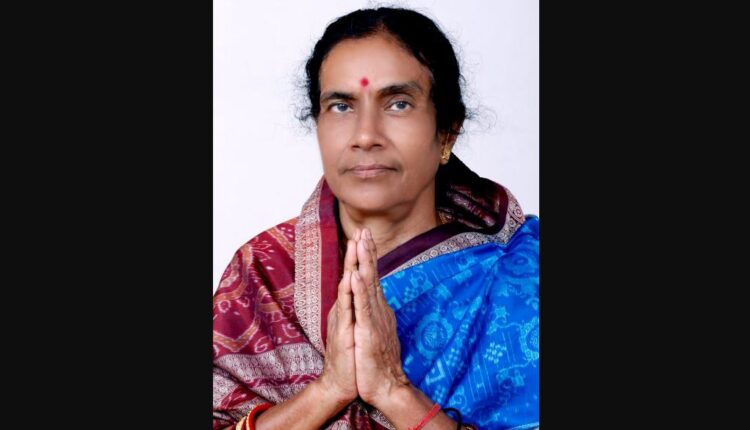 Bhubaneswar: The Congress today announced its nominee for the post of Mayor of the Berhampur Municipal Corporation (BeMC).

The party has named Manju Rath as its candidate for the top post of the BeMC.

With March 7 being the last date for filing of nomination papers, Rath will do the same today at the Berhampur sub-collector’s office.

Yesterday, the BJP had named Dr Sabita Suara as its candidate for the Mayor post of the Berhampur Municipal Corporation.

Earlier, the BJD had announced the name of Sanghamitra Dalei, president of party’s women wing in Ganjam district, as its nominee for the post.

Notably, elections to 106 Urban Local Bodies (47 Municipalities and 59 NACs) and three municipal corporations in Odisha will be held on March 24. The counting of votes and declaration of results will take place on March 26.

Elections to the posts of mayors in municipal corporations and chairpersons of municipalities and notified area councils (NACs) will be held for the very first time.

There will be NOTA option in the ULB elections for the first time in Odisha.

Russian will try to occupy Kyiv in next few days: Official