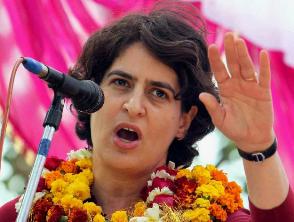 “This is laughable that the media takes planted news seriously. This is mischievous and a fabrication,” he said.

“We reject it but let me caution the media, don’t walk into a trap of planted news. This is to distract attention and focus from what is happening — from the failures of this government, non-performance, non-deliverance, rising terror attacks and killings of soldiers and jawans.”

Sharma added: “They don’t want to discuss these issues and also what has happened in Gorakhpur.” (IANS)