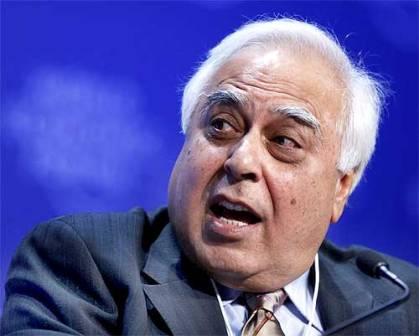 “There is neither Achhe din nor sache din after four years. Mr Modi, we will move forward without you,” Sibal said in a press conference.

He asked what PM Modi has done for Odisha during his four years rule at Centre.

“Several industries including Nalco, Paradip, Rourkela Steel Plant and Hirakud were set up by the Congress in Odisha, whereas not a single industry has been set up by Modi here,” he said.

He termed Modi as ‘anti-people’.

“Modi will visit Cuttack in Odisha today, but he will reach there by air. He will not go by road as he could not face public,” Sibal said.

“This is the government of Paytm and Amazon, not of poor people,” he said.

“If the poor people will be exploited and women will be tortured, no government will survive,” he said.

He said that Modi failed to keep his commitments that he had made to people during elections.

Modi had told to make an eastern corridor covering over 400-km long coastline in Odisha. But, he is yet to meet the commitment. He inaugurated many projects, but did not proceed. Only entrepreneurs including paytm, amazon were benefitted due to Modi.

He also blasted on Naveen Patnaik for not supporting the Congress and other anti-BJP parties who gathered at Bengaluru to celebrate Congress-JDS alliance post Karnakata polls.

He said that the same question will also be asked to Naveen Patnaik government, which was with BJP in Odisha.

Prime Minister Narendra Modi is visiting here to make jumla. He will destroy the country, Sibal told reporters after landing at airport.

Meanwhile, Congress observed today as the ‘betrayal day’ by conducting ‘Ravan Podi’ of Modi in front of Congress Bhawan here.

The student wing of Congress set the 35-ft high and 10-headed effigy of Modi describing the PM as the demon ‘Ravan’ on fire to mark the ‘betrayal day’.