BIG STORYFEATUREDINDIA
By Biswajeet On Mar 11, 2017 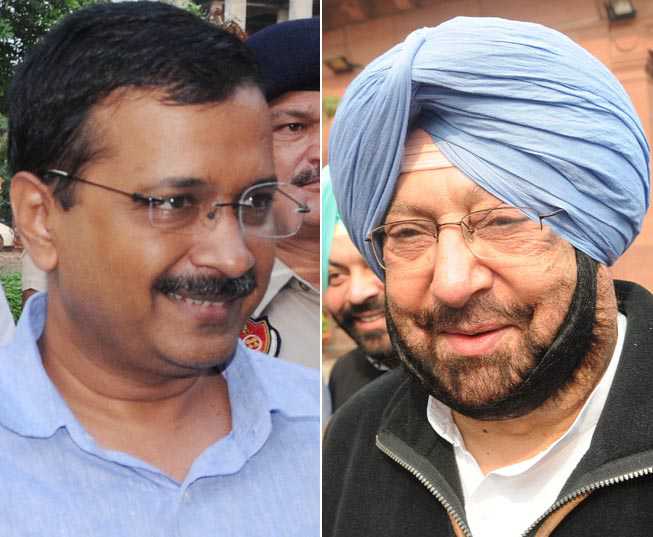 The Congress was surging towards a clear majority in Punjab on Saturday with its candidates leading in 61 of the 117 assembly seats.

Proving wrong exit polls which had projected a close outcome, the Congress was way ahead of the ruling Shiromani Akali Dal-BJP combine and the new entrant Aam Aadmi Party (AAP).

Contrary to surveys that the Akali Dal will be routed, the party was firmly entrenched at the number two slot in counting trends, leading at a respectable 32 seats despite 10 years of being in power.

The Aam Aadmi Party (AAP), which was confident of taking power in the border state, led in just 20 seats.

In Chandigarh, security was enhanced outside the private bungalow of Amarinder Singh in the upscale Sector 10 as it became clear that the Congress was comfortably placed to win the the assembly polls.

A metal detector and more security personnel were stationed at his residence as the number of visitors increased.

The Chief Minister’s son Sukhbir Singh Badal, who is the Akali Dal President, also led in Jalalabad — after initially trailing to the AAP’s Bhagwant Mann.

Amarinder Singh, who led the Congress campaign, led in his traditional seat Patiala-Urban over his Akali Dal rival J.J. Singh, a former Army chief and a former Governor of Arunachal Pradesh.

The Congress was also leading on the Amritsar Lok Sabha seat where a by-election was held along with the assembly polls. (IANS)

BJP credits Modi for UP victory