Congress to hold nationwide protests against inflation and unemployment; sec 144 imposed in Delhi 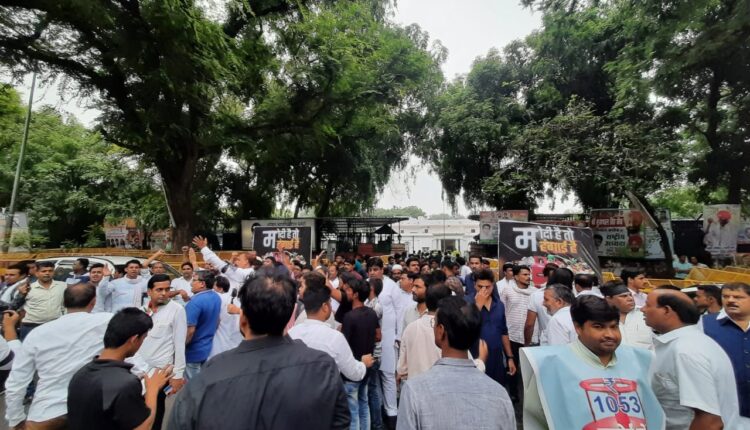 The party has decided to stage a pan-India protest on Friday and hold a demonstration outside the residences of Prime Minister Narendra Modi and President Droupadi Murmu, however, it was denied by the Delhi Police.

Ahead of the protest, Delhi Police have imposed Section 144 of the CrPC in the New Delhi district except Jantar Mantar.

Despite no permission from the Delhi Police, the party leaders said that they will go ahead with their proposed protest march.

All the party general secretaries, state in-charges and state presidents have been given directions to stage the protest at all levels in their respective states. They were also told to ensure that the office-bearers of the party connect with the public for the nationwide agitation.

Sources said that the party workers have started reaching the Congress headquarters at 24, Akbar Road in Delhi. The police have also maintained a strict vigil and have barricaded the road outside the party headquarters.

As per latest reports, hundreds of workers are currently present inside the Congress headquarters.

Following the demand raised by the opposition parties, a discussion on price rise was held in the Lok Sabha on Monday, wherein the Congress alleged that inflation is affecting every household. However, Finance Minister Nirmala Sitharaman said that the government is making efforts to bring down retail inflation below 7 per cent.

Talking about domestic commodities, she underlined that prices of edible oil have corrected sharply following steps taken by the government.