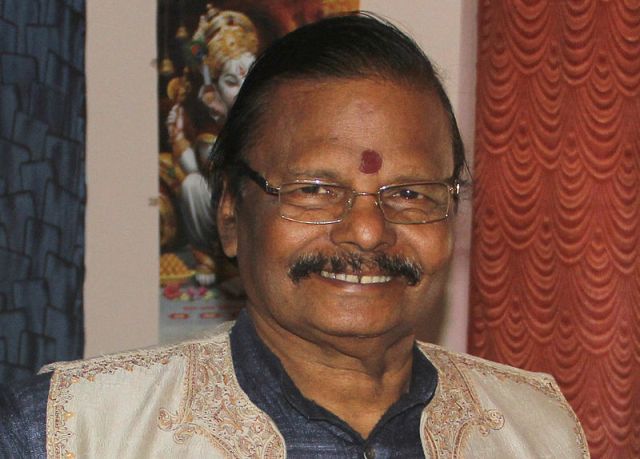 Bhubaneswar: Construction of second Konark temple in Odisha is my ultimate goal, said eminent sculptor Raghunath Mohapatra, who was nominated by President of India to the Rajya Sabha.

“Apart from Konark temple, I have no other aspiration to work on in future. I will propose the Prime Minister about the plan,” he told in an exclusive interview to ‘Sambad’ just after he was nominated to the Upper House on Saturday.

Mohapatra, who is known for his contribution towards preservation of traditional sculpture and ancient monuments, has been conferred on the country’s second highest civilian award Padma Vibhushan followed by two other Padma awards Padma Shri and Padma Bhushan.

He has been working on the project in the past four years. However, the funds pose as the big hindrance to complete the huge-budget construction.

“I have have been continuing my efforts in the past four year to meet my dream. I have bought 100 acre land from my hard-earned money. After I step into the parliament, I will approach Prime Minister about my mission for financial assistance for construction of a new Konark temple in Odisha,” Sambad quoted him as saying.

After being nominated to the Rajya Sabha, Mohaptra will approach the government for executing the plan to meet his mission.

“If they were Sibei Santara for me, I would be Bishu Moharana. If they were the king Langula Narasingha, I would never put my step behind to be Dharmapada,” he told the leading vernacular daily.

“I think I am inching closer to make my dream true,” he added.

Mohapatra gave all the credits to Lord Jagannath and expressed his gratitude to President of India for nominating him to Rajya Sabha.

Earlier, Mohapatra had contested the Rajya Sabha polls on February 7, 2014 as a BJD backed independent candidate. However, he lost the poll and Congress candidate Ranjib Biswal won the seat.

6 of family commit suicide in Jharkhand. Here’s why