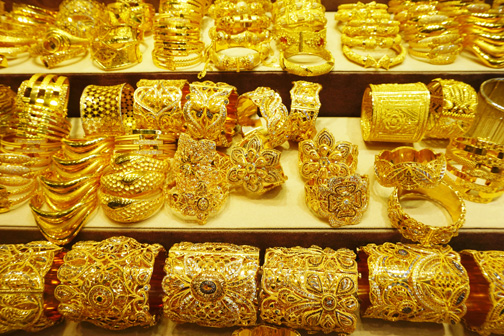 Mumbai:  The Covid-19 pandemic impacted the consumer sectors of the gold market in the first half of 2020, with total demand dropping by 6 per cent on a year-on-year basis to 2,076 tonnes, according to the World Gold Council’s latest ‘Gold Demand Trends’ report.

The trend was similar in India with consumer demand hitting a low.

Speaking on the consumer demand in India, Somasundaram PR, Managing Director for India at World Gold Council (WGC) said: “This is the second-lowest quarter we have ever seen. First one was in 2009, quarter one, soon after the Lehman crisis, 40 tonnes for India… and after that, we are seeing 68 tonnes here (April-June).”

However, while overall gold demand fell, record inflow was witnessed into gold-backed ETFs (Exchange Traded Funds) of 734 tonnes. The global response to the pandemic by central banks and governments, in the form of rate cuts and massive liquidity injections, fuelled these record inflows, the report said.

Inflows into gold-backed ETFs (gold ETFs) accelerated in Q2, taking H1 inflows to a record-breaking 734 tonne. First half inflows surpassed the previous annual record from 2009 of 646 tonnes and lifted global holdings to 3,621 tonnes.

In contrast, bar and coin investment declined sharply in Q2 driven by Asian weakness and leading to a 17 per cent decline to 397 tonnes in the first half of 2020.

Further, the US dollar gold price gained 17 per cent in H1, following a 10 per cent increase during Q2. Strong inflows into gold-backed ETFs fuelled the rise. The gold price reached record highs in numerous other currencies, including euro, sterling, rupee and renminbi, among others.

Jewellery demand also halved to 572 tonnes amid the global disruption caused by Covid-19 and in the face of high, and in some cases record, gold prices. The impact of the pandemic was unsparing and Q2 demand for jewellery fell to an unprecedented 251 tonne, the WGC report showed.

The report noted that China and India were the biggest contributors to the decline in H1 demand for jewellery. Given their size relative to the rest of the gold jewellery market means “weakness in these two countries has an overwhelming impact on global demand”, it said.

Central banks bought 233 tonnes of gold during H1, 39 per cent below 2019’s record level, as per the report. Buying has become more concentrated, with fewer banks adding to reserves so far in 2020.

Somasundaram said that in 2018 and 2019 purchase by central banks was very high which was unlikely to be sustained.

Gold supply too was impacted by the pandemic and total supply in the first six months of 2020 declined 6 per cent to 2,192 tonnes as both mine production and recycling were affected by lockdown restrictions.

Louise Street, Market Intelligence at the World Gold Council, commented: “The consumer-focused sectors of the market will likely remain subdued for the next six months, but ongoing uncertainty and the threat of further waves of the pandemic mean that gold’s safe-haven status will appeal to investors for the foreseeable future.”