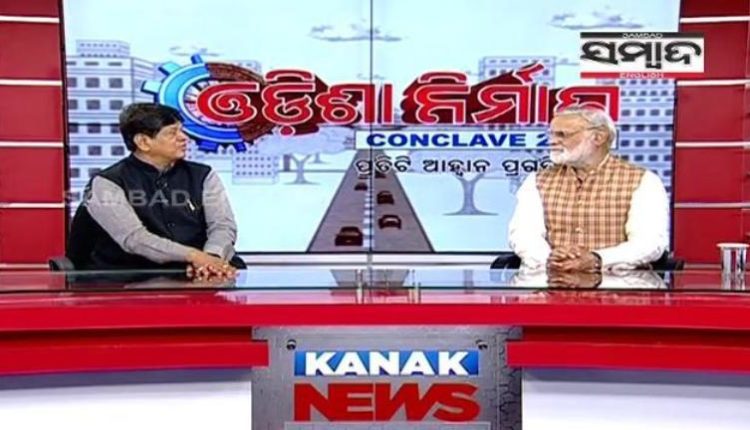 Bhubaneswar: Media must give priority to positive and good news. If the news is presented in a lucid and understandable manner, readers and viewers will definitely accept it. Journalists therefore give emphasis on better writing style as content is king, said senior Journalist and Editorial Director of The New Indian Express Group, Prabhu Chawla at the Odisha Nirman Conclave 2020 organised by Kanak News here.

During a discussion with Sambad Group’s Chairman Soumya Ranjan Patnaik, Chawla said it is not always true that negative news attracts readership.

“Media has a major role to project Odisha on the global platform. Time has come to write positive and good news about the State. The media can present positive news on cuisine, wildlife and culture of Odisha. Earlier, the State was only famous for poverty in Kalahandi, Super Cyclone and naxalism,” said Chawla.

Patnaik said if media presents only positive news, the same can be construed as flattery. In his reply, Chawla said for instance media can present encouraging and good news about Puri instead of reporting about what Chief Minister Naveen Patnaik says on the pilgrim town.

This apart, seminars and symposiums should be organized in big cities like Mumbai and Delhi to present Odisha in a better way. The move will definitely change the mindset towards the State, he opined.