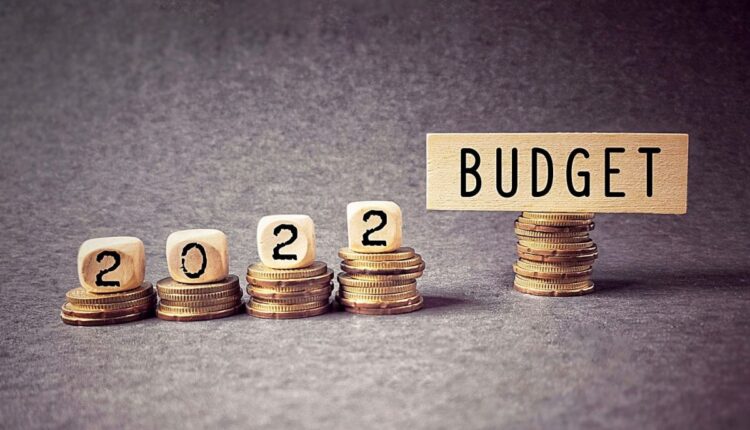 Under Article 112 of the Constitution, a statement of estimated receipts and expenditure of the Government of India has to be laid before Parliament in respect of every financial year which runs from 1st April to 31st March. This statement titled “Annual Financial Statement” is the main Budget document. The Annual Financial Statement shows the receipts and payments of Government under the three parts in which Government accounts are kept: (i) Consolidated Fund, (ii) Contingency Fund and (iii) Public Account.

On February 1, the budget presented by Finance Minister Nirmala Sitharaman for 2022-23 fiscal has evoked a mixed reaction. While the prime minister described it as progressive and pro-people, Opposition parties have slammed it labelling it as insipid, uninspiring, disappointing, unrealistic, incomplete and unimplementable. Some say the Budget is a ‘trickle-up theory’, but not for the poor, but for the rich at the top. However, we feel the budget is contractionary, directionless, regressive, anti-federal, pro-rich/corporate, anti-poor/public sector/working class and bereft of distributive justice. It fails to address the gruelling problems of poverty, hunger, inequality and unemployment inundating Indians.

A Budget is not evaluated in terms of schemes or some allocations only as revenues and outlay increase every year and any finance minister can have some schemes. A Budget can be called expansionary if the projection of GDP is correct and the increase in budgetary outlay is higher than projected nominal GDP growth. Similarly, a Budget will be called contractionary, budgetary outlay is lesser than projected nominal GDP growth.

In the previous budget, it was estimated that GDP will grow around the historic record of 11% with nominal GDP (i.e., real growth plus inflation) at 14.4% in 2021-22. Now, like the Economic Survey, Sitharaman said that the GDP will grow only at 9.27%, the highest among the world’s large economies and nominal GDP is said to have grown by 17%.

Sitharaman has prepared Budget 2022-23 with the assumption that real GDP will grow by 8 to 8.5 % (when inflation by price deflator is factored) while nominal GDP by 11.1% to touch Rs 258 lakh crore subject to a set of assumptions such as oil prices coming down significantly from their current levels. This may not be feasible.

The Economic Survey 2021-22, drafted by Principal Economic Advisor Sanjeev Sanyal, projected a real GDP growth rate of 8-8.5% for 2022-23. So, it was assumed that inflation measured by GDP deflator projection for 2022-23 is 3 to 3.5%. Given the current levels of domestic and international inflation, it is unlikely that the GDP deflator will be under 3 percentage points. To evade criticism, the Finance Minister said now that real GDP growth will be of 7.6-8.1% as against 8 to 8.5% as discussed earlier). This essentially means that the Budget is factoring in a lower real GDP growth rate than what the survey has assumed, but stopped short of saying so explicitly. The divergence between survey and budget prepared by the government raises questions about the credibility of those organisations.

GDP Deflator is also known as ‘implicit price deflator’. It is a measure of general price inflation. It is defined as the ‘difference between nominal GDP and real GDP’. It is calculated by dividing nominal GDP by real GDP and multiplying it by 100. It is the market value of goods and services which are produced in an economy. This value is unadjusted for inflation. Nominal GDP is measured at current prices. When nominal GDP is adjusted for inflation, it is called Real GDP. It is done to reflect changes in real output. This GDP is measured at constant prices.

The total budgetary outlay for 2021-22, which was estimated to be Rs 34.83 lakh crore has increased to Rs 37.70 lakh crore in the revised estimate. However, the budgeted total expenditure is projected to be Rs 39.45 lakh crore, only 4.64% higher than the revised estimate of the previous fiscal, which is not only lesser than projected nominal GDP growth but amounts to slashing expenditure in real terms (i.e taking inflation into account). However, the growth projection is made with assumptions that the situation will be limping back to normal. But the normal situation is rarely feasible.

India has spent very little as a stimulus package compared to many countries. As of November 2021, most G20 member countries had committed to fiscal stimulus packages in order to attempt to soften the effects of the coronavirus pandemic. Japan had passed the fiscal stimulus packages amounting to about 53.69% of its GDP, Germany 34.81%, Canada 19.7 %, France 12.06%, European Union 11.27%, Argentina 12%, Brazil 12%, Indonesia 8.45%, even US 10 % are much ahead of India that spent only 3.5% of GDP.

The squeeze on expenditure is not merely in the Central government expenditure but the Centre’s share to state too. As per our fiscal federalism, India’s constitution mandates a formula-based transfer of taxes between the centre and the states. This formula is decided by the finance commission every five years. According to Article 270, taxes levied and distributed between the Union and the States. The Finance Commission is constituted by the President under article 280 of the constitution, mainly to give its recommendations on distribution of tax revenues between the Union and the States and amongst the States themselves.

Though, states get a share from tax revenues of Union govt, but not from Cess and surcharges. There is a huge discrepancy between the Finance Commission mandated share of the actual share of states on account of the centre classifying a large part of its taxes as special cess and duties, keeping them outside the divisible pool of revenues.

Article 271 provides for the power to increase any of the duties or taxes mentioned in Article 269 and 270 by a surcharge for the purposes of the Union and that the entire proceeds of such surcharge form part of the Consolidated Fund of India and are thus not shared with the States.

As per 14th Finance Commission, states’ share in the divisible pool was increased from 32% to 42%. But actually, states got only 35% as Centre collected more revenues through surcharges and cess where states have no share. But in the last two years, it was almost reduced to less than 30% with an increase of revenue collection by the Centre through surcharges and cess.

According to the 15th Finance Commission’s recommendations, the Centre is supposed to share 41% of revenue with the states. Here, the situation continues to be grim. The budgeted figure for 2022-23 numbers put the share of states in gross tax revenue at 29.6%. This establishes that the present Central government is anti-federal and the budget is contractionary.

Though, the allocation towards Centrally Sponsored Schemes (CSS) has increased by 6.6% from a revised estimate of Rs 4,15,351 crore in 2021-22 to Rs 4,42,781 crore in 2022-23. There will be no rise in real terms. The decline in Finance commission grants by 9% from previous fiscal but only 6% rise in Centrally Sponsored Schemes (CSS) and other grants rising by 34.3% shows that the centre wants to centralise resources distribution power at its hands as other grants at its mercy.

The Budget decision to significantly increase financial assistance to states for capital spending is yet another move in this direction. This hike from Rs 15,000 crores for 2021-22 revised estimates to Rs 1 lakh crore (in the form of 50-year interest-free loans over and above normal borrowing to states) is an effort to nudge states to divert greater resources towards capital spending. But many other important expenditures benefiting states have been cut.

Another virulent attack on our federal structure to weaken the state government is that from April 2022 government has decided that money for 100% of central schemes is likely to go directly to beneficiaries from April. The Centre plans to directly transfer 100% centrally funded schemes of Rs 500 crore or more, such as Bharat net, Namami Gange-National Ganga Plan, metro projects, LPG connection to poor households, crop insurance, labour welfare schemes etc., from April 1, dropping state mediaries to ensure better compliance.

The central government wants that people should give credit to the Central government for central schemes. Though the centre collects taxes from people of states, Centre wants to take credit out of this and wants to centralise power. But the Centre should see how the efficiency of states rises.

3 held in Odisha for withdrawing money online from account fraudulently