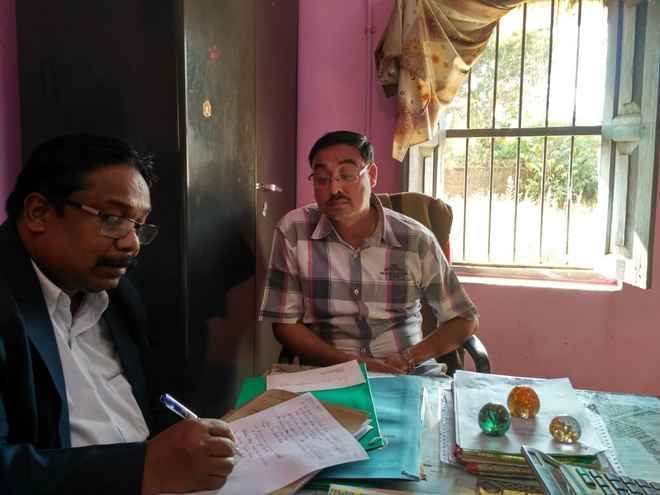 Vigilance sleuths today arrested a bank employee from Odisha’s Jharsuguda district for accepting bribe from a person to defreeze his account.

The complainant had filed a case against Panda with the Vigilance following which a trap was laid this afternoon in the branch.

“The accused was caught red handed while demanding and accepting a bribe of Rs 10, 000 inside the branch from Biswajit Darka from Ramtileimal under Kuchinda police limits in Jharsuguda district. The bribe money has been recovered,” a Vigilance official said.

The house of the accused at Kuchinda, Sadheipali and office chamber was searched. Rs 9.3 lakh, bank deposits worth Rs 25 lakh, a sedan car, two motorcycles and other assets were traced out from the possession of Manas Ranjan Panda. The search was on till the filing of this report.

The accused was arrested under section 7 of Prevention of Corruption Act, 1988. He will be forwarded to court tomorrow.