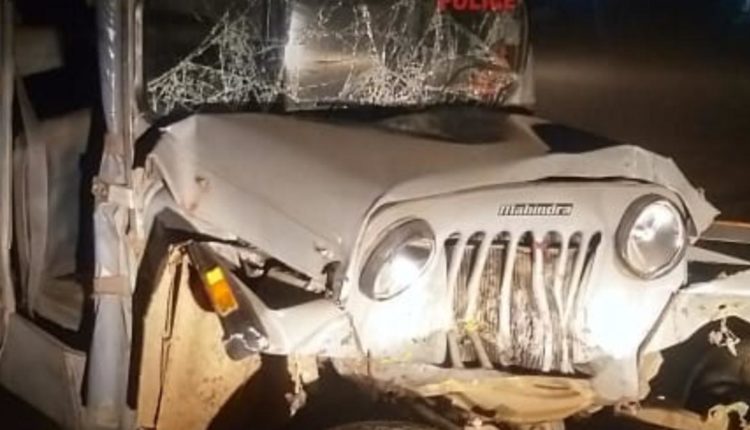 Dhenkanal: A cop died and three others sustained critical injuries in a road mishap on NH-55 near Anand Nagar Chhak in Odisha’s Dhenkanal district, today.

The deceased has been identified as Bhikari Sethi, Deputy Subedar of Odisha Special Armed Police (OSAP).

According to reports, a police vehicle in which the four victims were travelling from Khordha to Dhenkanal late last night was hit by a speeding truck resulting in death of the Deputy Subedar on the spot.

On the other hand, the injured ones were rescued and hospitalised while two of them were shifted to SCB Medical College and Hospital in Cuttack as their condition deteriorated.

PM Modi to address nation on Covid-19 at 8 pm

Covid-19: Trump says he is like a ‘wartime’ president