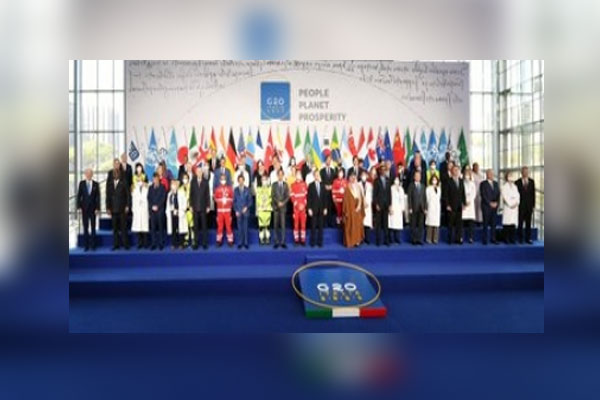 Glasgow: A team of experts comprising researchers from the World Bank Group and University of Birmingham has developed a roadmap to drive the cooling innovations that could help to avoid climate catastrophe, as increasing heat threatens human health and productivity and rising global demand for cooling further raise the planet’s temperatures.

Their plan, dubbed the “Cold Road to Paris”, calls on governments, industry and the international community to organize and implement a coordinated strategy to drive out greenhouse gas emissions from cooling by 2050 while at the same time providing the cooling services that are needed to meet the sustainable development goals (SDGs).

The world is off-track to meet the 2015 Paris Agreement’s goal of limiting the rise in global warming to 1.5 degrees Celsius while more than 13 new cooling devices are being deployed every second — making cooling and refrigeration the world’s fastest-growing source of greenhouse gas emissions.

The world is also off-track to meet the UN’s SDGs and adapt to rapidly increasing temperatures due to climate change.

The report, published in time for COP26, calls for radical change. It provides insights into the relationship between cooling and already-agreed upon climate and development goals; presents the barriers, critical step-changes, and solutions needed to accelerate innovation and transformation; proposes aspirational targets and actions for each decade with the aim of achieving net-zero greenhouse gas (GHG) emissions from cooling applications by 2050; considers financing solutions; and suggest a framework for governments and the global cooling community to take action.

Report co-author Toby Peters, Professor of Cold Economy at the University of Birmingham, commented: “This report is a very timely and important document for COP 26 to consider. Conventional cooling technologies, such as refrigeration and air conditioning, account for more than seven percent of GHG emissions and their use is growing rapidly.”

Making decarbonisation policy work in practice will depend on deployment of effective novel technologies, such as those developed at the Birmingham Centre for Energy Storage (BCES).

Another contributor to the report, climate finance and policy specialist Alan Miller,

added: “The roadmap and work of the Centre highlight the multiple benefits attainable through sustainable cooling. Replacing Hydrofluorocarbons as called for in an international agreement, the Kigali Amendment, will avoid as much as 0.5C of warming, with additional warming avoided by reductions in power demand.”

COVID data including phone number, address of thousands of Indians…