BIG STORYFEATUREDODISHA LATEST
By chinmayee dash On May 25, 2017 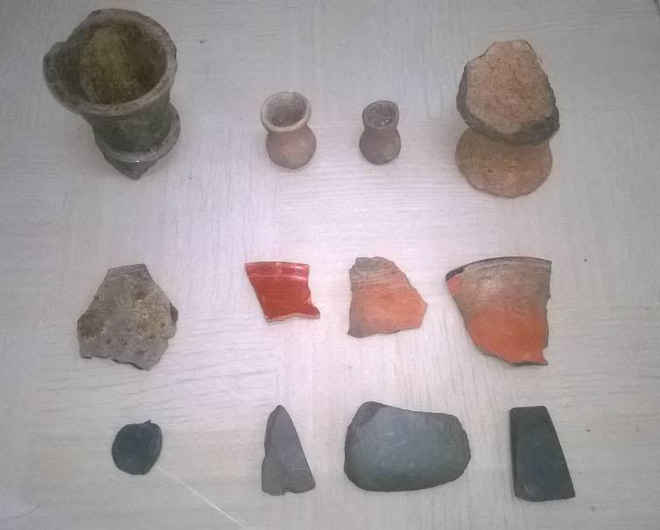 Archeologists discovered an ancient civilisation of Copper Stone age of 4000 to 5000 years on the banks of Prachi River in Odisha.

A team of members led by superintendent archeologist D.B Garnaik of Excavation branch IV of Archaeological Survey of India (ASI) Bhubaneswar circle found several items belonging to the Copper Stone Age during excavation on the banks of River Prachi at Bharatihuda near Niali in Cuttack district.

The findings revealed that there was human habitation in the area and they were using the weapons made of clay and stones.

The excavation was carried out by the team on the basis of information by Purna Chandra Das, a resident of Tamapada village about the ancient civilisation in the area.

Following preliminary analysis and observation in the region for few days, the team of archeologists headed by Garnaik and comprising of Sanjay Panda, Asish Ranjan Sahoo, Umakant Bhoi, Pankaj Chhotei and Harekrushna Behera as members began excavating the area.

The ancient age items were discovered in the area between Prachi River and Tanla river, around 4 km away from Niali in Cuttack district.

According to Garnaik, now few items were discovered. The team found weapons, earthen pots, animal and birds’ bones, which resemble the items found from Golabai sasan.

“The materials and items discovered from the area were of the Copper Stone Age. There was a human habitation 4,000-5,000 years ago in the area. The findings revealed that the Prachi river civilisation was very ancient,” the archeologist said.

“It was the first discovery of ancient civilisation from Prachi River banks. In view of it, we will take initiative to excavate more in the river basin. As the excavation is underway, few other items are expected to be out in the coming days,” Garnaik added.

Earlier, similar items were discovered in various locations of Odisha including Golabai sasan, Baang-Harirajpur, Talagarh and Suabarei during excavation.

Two months ago, the Copper Stone Age civilisation was discovered in Chandaka sanctuary on outskirts of Odisha capital by the ASI.

Excavation resumes at site of Copper Age civilisation in Odisha