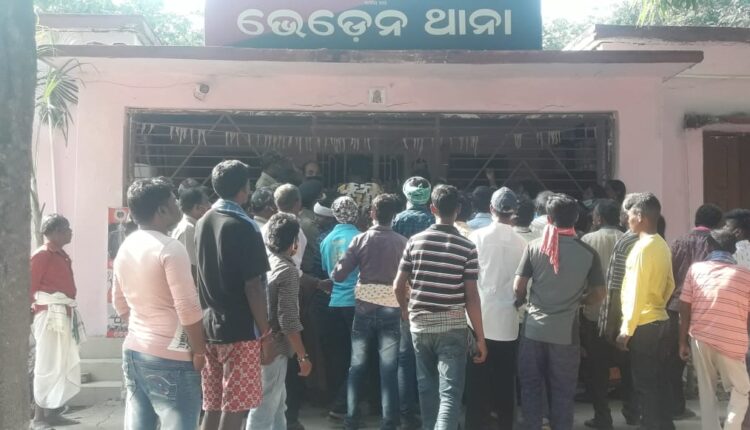 Bargarh: Tension ran high on the premises of Bheden police station in Bargarh district today afternoon when some irate villagers of Burada village vandalized the police station and hurled stones at police personnel.

Protesting the alleged delay in police probe into the death of one Jitu Naik from Burada village and demanding immediate arrest of the accused, around 200 villagers staged a dharna in front of Bheden police station today afternoon. Later the agitators vandalized the police station and hurled stones at police personnel injuring some cops. However, details of the number of cops injured in the incident were not available till the filing of this report.

Also, a vehicle of a mediaperson was reportedly damaged by the agitators.

The situation was brought under control after police resorted to lathicharge to disperse the agitators at the police station.

As per reports, body of Jitu Naik was recovered on July 18 in the village. Alleging murder, family members of Jitu knocked the doors of the local police and Bargarh SP and demanded immediate arrest of the accused.

A family member of the deceased stated prime accused is yet to be nabbed even though four months have passed since the incident.

Meanwhile, a group clash ensued in the village at around 4 PM over Jitu’s death.