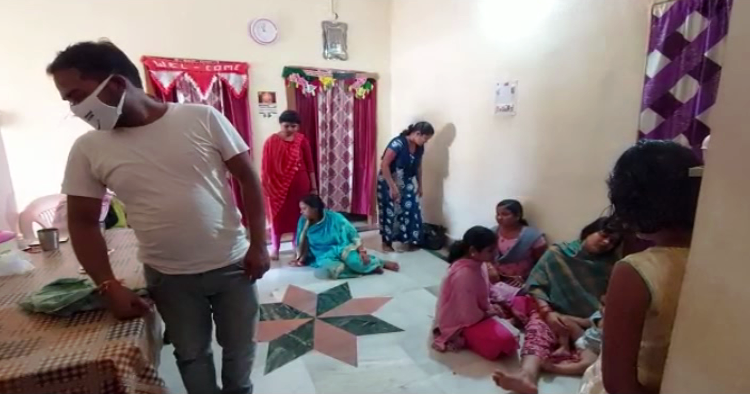 Balangir: Fear of getting infected with the deadly Coronavirus , which has so far claimed nearly 500 lives in the state, reportedly made a lecturer in Odisha’s Balangir district to end his life.

The deceased identified as Prakash Chandra Sahu was a lecturer  in Odia subject at Rajendra Autonomous College here. He was staying with wife and children at a rented house here  for the last three years.

Sources said the the lecturer was a diabetic patient and suffering from cold for the last couple of days.  Apprehensive of having contracted the COVID-19 infection, he slept in a separate room last night. In wee hours today, he was found hanging from the ceiling of the room.

Landlord Dr Ashok Kumar Sethy, Homeopathy Medical Officer at Khujenpali, said doctor had advised him to undergo a COVID-19 test but he was nervous fearing that he might not recover if he tests positive for the virus since he had diabetes.

“His wife carrying her child knocked my door at around 3.30 AM and told me about the suicide. I rushed to the site to find him hanging from the ceiling  with blood all over his body. I immediately called up police,” said Sethy.

The police sent the body for post-mortem and began an inquiry into the incident.

Tax reforms: Not faceless but a humane face