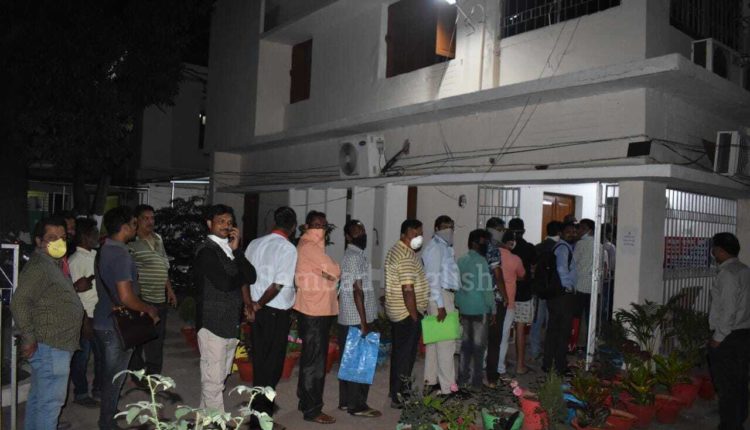 Bhubaneswar: Thousands of denizens of Bhubaneswar and Cuttack today evening made beeline to police stations in twin cities to obtain vehicle passes.

Lockdown 3.0: Curfew-like situation to prevail in Odisha for COVID-19

Earlier in the day, Twin City Police Commissioner Sudhansu Sarangi said vehicle passes will be issued to motorists for their movement during the week-long lockdown.

Worth mentioning, the State government has announced a lockdown in 14 districts and eight towns as a preventive measure to stop the spread of COVID-19.

In a tweet, the Police Commissioner further said,” Don’t panic:People are in 2 categories:
>emergency workers
>others who might need to travel.
Emergency workers are getting Vehicle passes & can use their identity card till passes are issued. Others will be permitted for specific purpose & duration for eg. for going to hospital.”

Odisha govt extends deadline for submission of bills in Treasuries