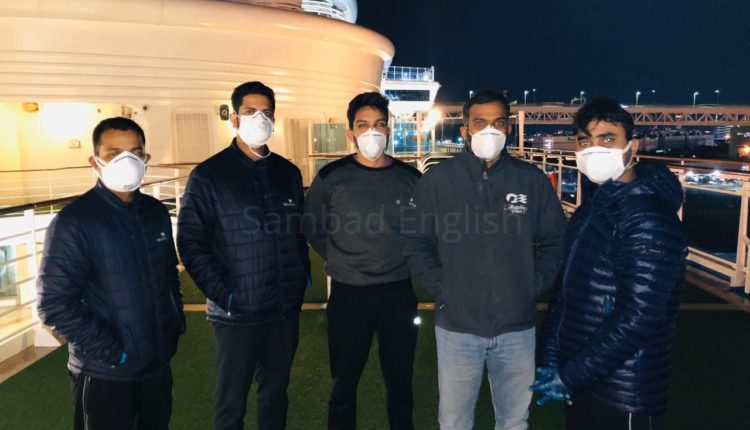 Bhubaneswar: An engineer from Odisha, who is in quarantine for deadly novel coronavirus on the Diamond Princess cruise off Yokohama in Japan, urged both the state and central governments for his safe release.

Shivashish Nayak is among 142 Indians aboard the Diamond Princess ship locked down for two weeks after outbreak of coronavirus (now officially named COVID-19) that has claimed over a thousand lives in China.

In a video, Shivashish said that 142 Indians have been confined on the ship and all have tested negative for COVID-19 except six crew members.

However, the Japan authorities are not allowing the passengers to leave the ship.

“We have spent 14 days in quarantine. However, as per Captain’s announcement, we especially the crew members would be put under quarantine for another 14 days. Even being passengers, we are staying inside crew cabin. That’s why the Japan government restricted us to go out of the ship,” said the quarantined cruise passenger.

Through the video, he appealed to the Government of India as well as Odisha Government to take steps to evacuate the passengers from the cruise.

“I request both Odisha and Central governments to take necessary steps to evacuate us from the ship and make arrangements for our safe return to homeland as soon as possible. Or else, the things will be going on very worse,” Shivashish said.

“Already, 545 persons have tested positive for coronavirus on the cruise. I appeal to the government to rescue us from being infected by the deadly virus,” he added.

Worth mentioning, hundreds of passengers have begun leaving the Diamond Princess cruise ship after the end of a two-week quarantine on Feb 19. With more than 540 cases, the cruise has the highest number of infected persons outside China.

According to media reports, the global death toll has increased to over 2000 with more than 72,000 confirmed cases in China, Hong Kong, Singapore and Thailand.