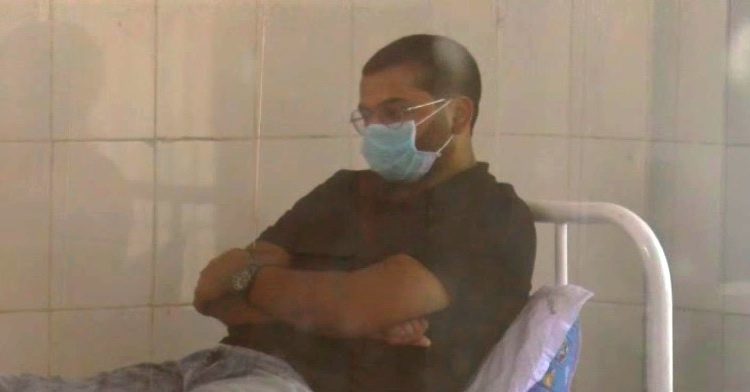 Phulbani: Amidst scare of novel coronavirus that has killed over 200 people in China, panic spread to Kandhamal district in Odisha after a medico was suspected to have been infected with the deadly virus.

The case will be confirmed after he will undergo medical examinations at the SCB Medical College and Hospital in Cuttack.

According to reports, the youth, who is pursuing his bachelor degree in medical science in China, the epicentre of the outbreak, had recently returned to his home in Phulbani on January 11. As he developed a few symptoms of the coronavirus after his home return, he informed the CDMO in Kandhamal district about it.

“I am suffering from common cold and cough 10 days after my return to home from China. Suspecting infections of coronavirus, I preferred to undergo medical tests for confirmation,” said Mrutyunjaya Muni, the medico.

Acting promptly, the authorities asked him to undergo medical tests at Kandhamal District Headquarters Hospital (DHH). As the hospital is not equipped with advanced facilities for medical examination to detect coronavirus, he was referred to the SCB Medical College and Hospital for tests.

“The youth is a final year MBBS student in China. He returned to home in Phulbani on Jan 11. He is a chronic Asthma patient. As he is a medical student, he visited the hospital after he was down with common cold. Initially, he was admitted in an isolated ward and kept under observation. However, there is no such facility available here at Kandhamal DHH. Therefore, he has been referred to the SCB, where his blood samples will be collected and will be sent to Pune for tests to detect presence of virus inside his body,” said CDMO Rajashree Patnaik.

Till the last report came in, the suspect was on his way to Cuttack for medical examination.

Worth mentioning, the World Health Organisation (WHO) has declared a global emergency over the new coronavirus after the death toll rose to 213 with nearly 10,000 infections across the globe.

Reports said that the infections have spread to at least 15 other countries apart from China. In India, one positive case has been detected from Thrissur district of Kerala on Thursday.

In the wake of spread of virus in China, the government of India sent an Air India’s 423-seater jumbo B747 to Wuhan to airlift Indian nationals. Five doctors and one paramedical staff are on board the flight.

Odisha JEE to be held online