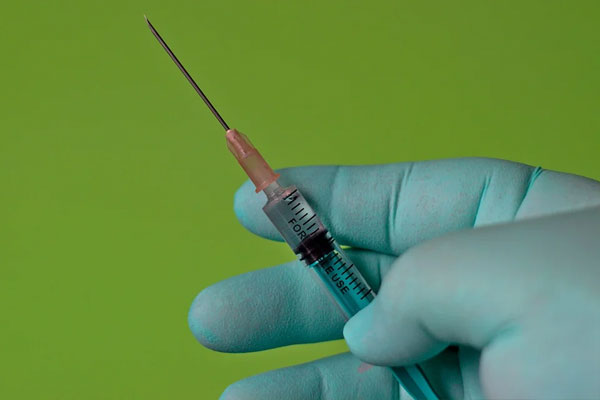 London: People who got fully vaccinated against the infectious coronavirus disease are nearly 50 per cent less likely to experience long Covid than unvaccinated people who get infected with the virus, according to a large-scale study published in The Lancet Infectious Diseases journal.

The study, led by King’s College London, found that of more than 1.2 million adults who received at least one dose of either the Pfizer-BioNTech, Oxford-AstraZeneca, or Moderna vaccine, between December 2020 and July 2021, fewer than 0.5 per cent reported a breakthrough infection more than 14 days after their first dose.

Among adults who received two vaccine doses, fewer than 0.2 per cent experienced a breakthrough infection more than seven days after their second dose.

Among those who did experience a breakthrough infection, the odds of that infection being asymptomatic increased by 63 per cent after one vaccine dose and by 94 per cent after the second dose.

People most vulnerable to a breakthrough infection after their first vaccine dose included frail older adults (60 years and older), and older adults living with underlying conditions such as obesity, heart disease, kidney disease, and lung disease.

“Breakthrough infections are expected and don’t diminish the fact that these vaccines are doing exactly what they were designed to do — save lives and prevent serious illness,” said Dr Claire Steves of King’s College London.

“Our findings highlight the crucial role vaccines play in larger efforts to prevent Covid-19 infections, which should still include other personal protective measures such as mask-wearing, frequent testing, and social distancing,” Steves added.

Further, the study found that the odds of a breakthrough infection after one vaccine dose were almost doubled in frail adults over the age of 60 years, compared to healthy older adults. In older adults who had received their first vaccine dose but not their second, kidney disease, heart disease, and lung disease were underlying conditions associated with a breakthrough infection.

Moreover, the chances of hospitalisation were reduced by approximately 70 per cent after one or two doses, and that the odds of experiencing severe disease — defined as having five or more symptoms in the first week of illness — were lessened by approximately one-third.

In addition, the odds of long Covid were reduced by 50 per cent after two doses.

For those who did experience symptoms after either one or two vaccine doses, such as fatigue, cough, fever, and loss of taste and smell, almost all symptoms were reported less frequently than in unvaccinated people, the team said.