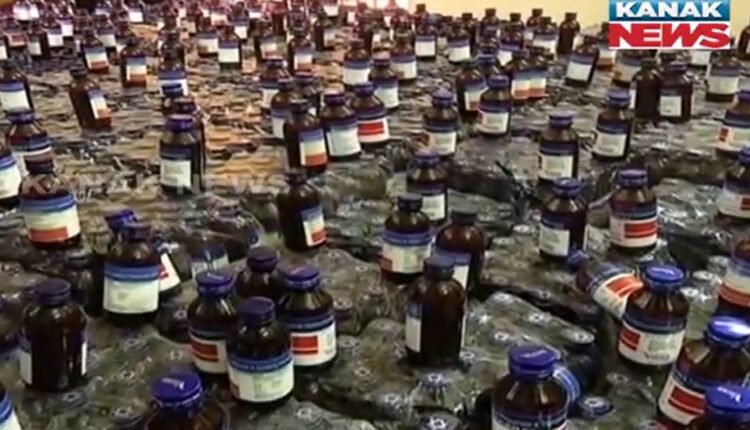 Cuttack: The Commissionerate Police seized a large quantity of cough syrup from a place under Markatnagar police limits and arrested two persons.

A police official the two accused were procuring cough syrup from a particular company and mixing it with Nitrogen-10 (N-10) tablets. When someone consumes the cough syrup mixed with N-10 tablets gets more intoxicated than liquor.

The accused were selling 100 ml of cough syrup bottle at Rs 110 each, the police official added.

Acting on a tip-off, the police raided a place in Markatnagar area and seized cough syrup worth Rs 4.12 lakh today. The two persons arrested following the raid are likely to have links outside the State, the police official added.

One of the accused told media persons he didn’t know selling cough syrup of that particular company is illegal and denied involvement of any other persons.’

Another accused accepted that earlier they sold cough syrup of that particular company and no one objected.

The accused did not have any criminal antecedents.

Covid virus mutation may have made it more contagious, finds study