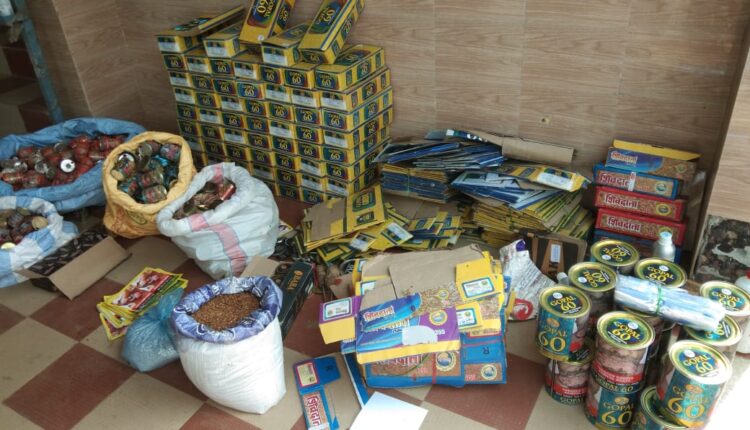 Acting on a reliable information, the STF conducted simultaneous raids at different places of Bhadrak town area. At one place, heavy quantity of duplicate Gopal Zarda, manufacturing and counterfeiting instruments and tobacco materials were seized. One accused, Jaga Nath of Mirzapur, Mathasahi police limits was arrested.

In this connection a case under different sections of the Copyright Act, Trademark Act, 1999 and Cotpa Act, 2003 was registered at Puruna bazar police station and investigation is on.

A heavy quantity of similar tobacco products with manufacturing and counterfeiting instruments, tin dabas and other manufacture equipments and duplicate sealing materials were recovered from the house one Fakir Saha of Mirzapur under Chidiamerpda police limits. The counterfeit paan masala manufacturing unit was being run jointly by by Fakir Saha, Sk Mahiraj & Sk Anis.

A case was registered under different sections of Copyright Act, 1957, Trademark Act, 1999 and Cotpa Act, 2003 at Purunabazar police station.

An official said a case has been registered at Purunabazar Police Station for necessary legal action. Investigation is on.

Excessive use of hand-sanitisers may boost antimicrobial resistance