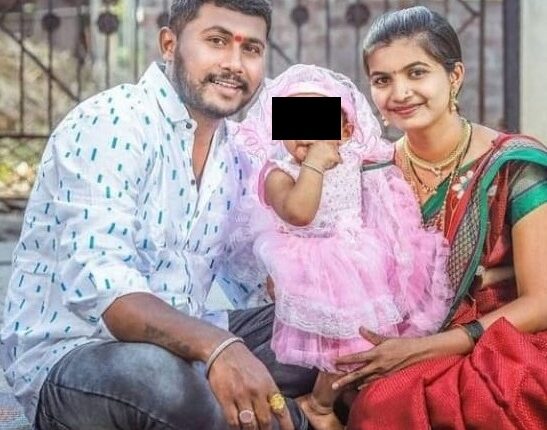 Bhubaneswar: In a shocking incident, a man, his wife and their 15-month-old child were found hanging under mysterious circumstances inside a house at Chintamaniswar under Laxmisagar police limits in Odisha capital, today.

The deceased have been identified as Tushar Jagpat, Neela Jagpat and their baby girl. They hailed from Maharashtra and were residing at a rented house in the locality.

Police have recovered the bodies for post-mortem and started an investigation into the incident.

Though the reason behind the deaths was yet to be ascertained, neighbours said a dispute was prevailing between Tushar and Neela as his father, who resides in Maharashtra, had recently married a woman after the death of the first wife and willed his properties to the second wife.

It is being suspected that the couple killed the child and later hanged themselves to death.