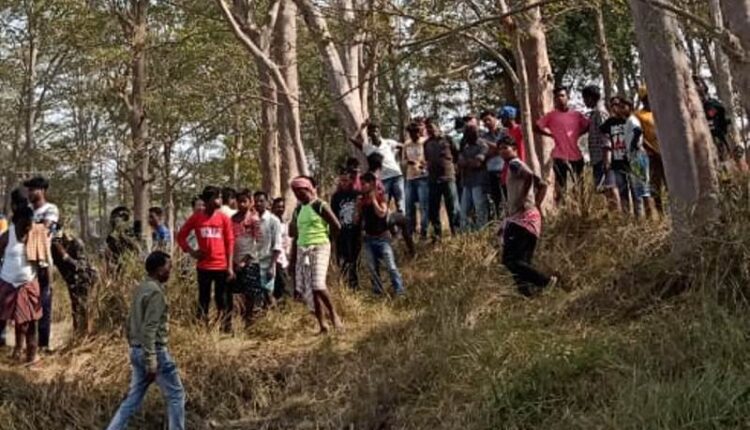 Rairangpur: A couple was found hanging from a tree in Odisha’s Mayurbhanj district today. While the male was identified as Manmohan Tudu from Kanki village under Bahalada police limits of the district, the female was a minor and her identity could not be disclosed.

Initially some villagers spotted the bodies of a male persons and a female hanging from a tree on the roadside of Bahalda-Jharadihi main road. After being informed, the police sent the bodies for post mortem and launched an investigation. In the due course of probe, identities of the deceased were established.

A villager said Manmohan and the minor girl reportedly eloped one month back. However, they returned home three days back. Again they were missing since yesterday afternoon.

The villager further said bodies of Manmohan and the minor girl were spotted hanging from the tree today morning.

Police suspect foul play in the incident as hands of Manmohan were tied when he was found hanging.

A police official said the scientific team reached the spot and took samples to assist in the probe.