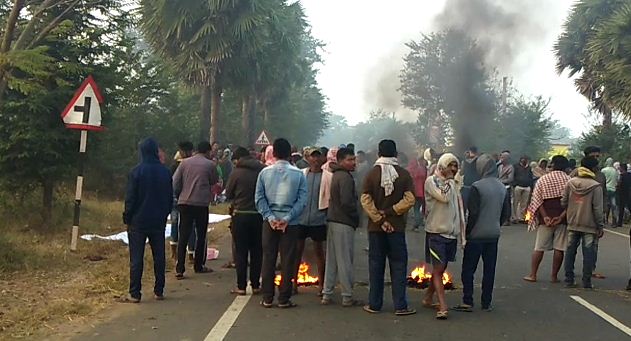 Bhawanipatna: A couple died after an unidentified vehicle hit the duo on NH-26 near Mahichala Chhak in Dharamgarh area of Odisha’s Kalahandi district, today.

The deceased, identified as Chandradhwaja Bemal and his wife Kalabati Bemal, were on a morning walk when a speeding vehicle hit the two killing them on the spot.

Tension ran high at the place after the death of the couple as irate locals blocked the NH by burning tyres. Many vehicles remained stranded on both sides of the road due to the blockade.

On being informed, police reached the spot and tried to pacify the locals.