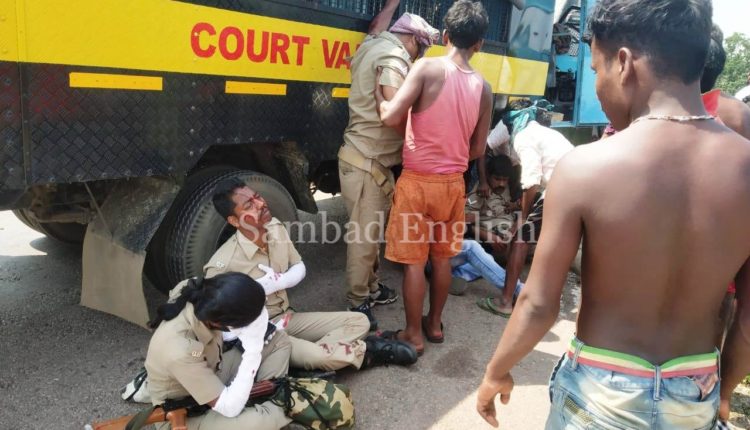 Jajpur: Despite empty roads due to  COVID-19 lockdown across the state, a court van had a head-on collision with a truck on NH -16  at  Brahmani village under Dharmasala police station of Jajpur district today.

Though no casualty was reported, five persons-three Constables, a driver and a prisoner were injured in the accident that occurred this afternoon.

As per information the court van was en-route to Balasore from Choudwar Circle Jail as the prisoner was supposed to be released on parole. The accident occurred when the van driver took a wrong route due to diversion and collided head-on with a truck.

Fortunately, several locals  immediately rushed to the rescue of the injured and sent them to Dharmasala Community Health Centre (CHC) by a car and a pickup van.