COVID-19: 24 Surat returnees test positive in a day in Odisha 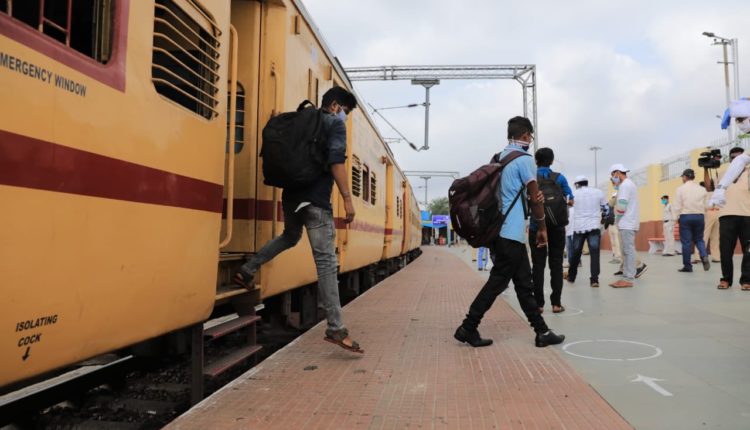 Bhubaneswar: Migrants returning from Surat to Odisha have seemingly increased woes for the state governemnt in COVID-19 containment as 24 such migrants tested positive for the virus yesterday.

They include four from Jagatsinghpur, 17 from Ganjam and three from Mayurbhanj, sources said.

The Surat returnees of Jagatsinghpur district are from Naugaon area and were kept at a Temporary Medical Camp (TMC). Three of them are from a family. While the four were asymptomatic, they have been shifted to KIMS COVID Hospital in Bhubaneswar in four separate ambulances for treatment, district collector said, adding that the TMC has been sanitized and sealed.

On the other hand, the three positive cases of Mayurbhanj are from Kaptipada block. They had reached Kaptipada from Surat on May 4 and were kept under quarantine, district collector said.

The 17 fresh cases of Ganjam were also kept under quarantine at TMCs.