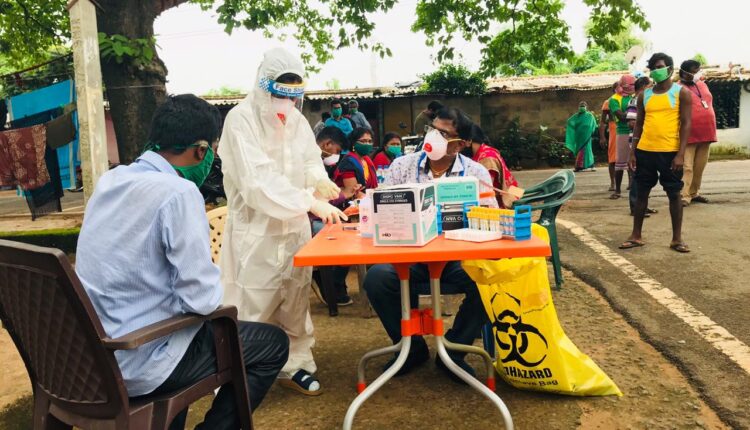 Bhubaneswar: The second round serological survey in connection with COVID-19 will commence in Odisha capital from tomorrow.

While five teams will collect samples simultaneously from various locations across the city, a target of 1,500 randomly selected samples will be collected in two days from 25 wards. This survey will provide insights into the community exposure levels which were very low during the first round (1.42%). The target group is the general population (adults) selected randomly from the community. After the two-day survey, an interim report will be given to BMC.

While the Regional Medical Research Centre (RMRC) is providing technical support under the leadership of the Bhubaneswar Municipal Corporation (BMC), Health and Family Welfare Department will also contribute in the execution of the survey.

BMC Commissioner Prem Chandra Chaudhary and RMRC Director Dr Samghamitra Pati are leading the entire exercise, which will reflect any change in the immunity levels in the same population sample, in which the first serological surveillance was conducted four weeks ago.

Dr Jayasingh Kshatri, scientist with RMRC, said, “In the first round of the survey, a community sample of 900 was covered. It was found though the community level antibody is relatively low across the communities of the Temple City, it may be inferred that large-scale transmission has probably not occurred in the state capital.”