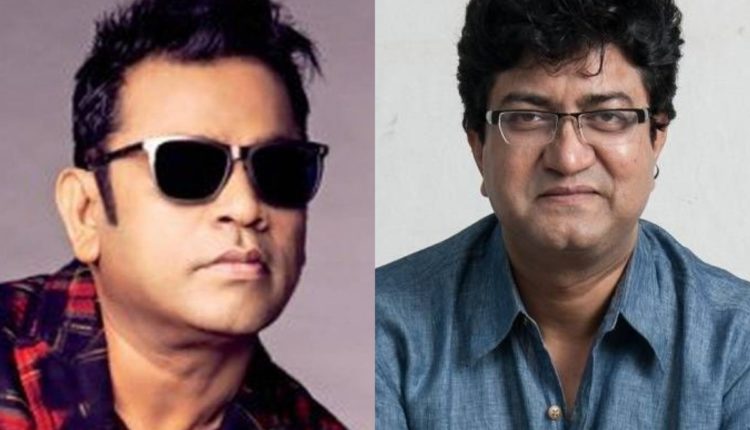 Mumbai: Oscar and Grammy-winning Indian composer AR Rahman and celebrated lyricist Prasoon Joshi have united to give a musical tribute to the nation’s fight against COVID-19, with song “Hum haar nahi maanenge”.

The song has been conceptualised to spread hope, positivity and motivation. The emotional track reminds people that we all are in this together, stating that we will get through it together. The song is composed by Rahman, and the lyrics are penned by Joshi.

“This song has brought all of us together for a noble cause and we hope it inspires the nation to come together too,” said Rahman.

Talking about the hope anthem, Joshi said: “Though this is not the most ideal of circumstances for creativity but as artists we have to break through adversity and catch the finger of hope. My poem is centred around the thought of the un-putdownable spirit of us humans. We have much to learn, but together we will surmount the odds, we won’t give up.”

Through the track, the bank wants to show its solidarity and support to the nation by encouraging more and more people to donate to PM-CARES Fund. It will also contribute Rs 500/- each time the song is shared via social media. Earlier this month, HDFC Group contributed Rs 150 crore towards the PM-CARES Fund.

“Music is universal; it lifts the spirit and soothes the soul. Through this tribute we want to touch the heart of every person in the country and let them know that they are not alone. Together, we will emerge stronger. Right now, every contribution, bolsters the nation’s effort to fight the pandemic,” said Ravi Santhanam, Chief Marketing Officer, HDFC Bank.

Together with HDFC Bank, the campaign has been conceptualised and executed by their creative agency partner Kinnect and digital media firm Qyuki.

Odisha COVID-19 tally reaches 149 with another case from Jajpur

Did you know Irrfan Khan acted in this Odia movie?