COVID-19 cases hit 1800 in US; Trump declares state of emergency 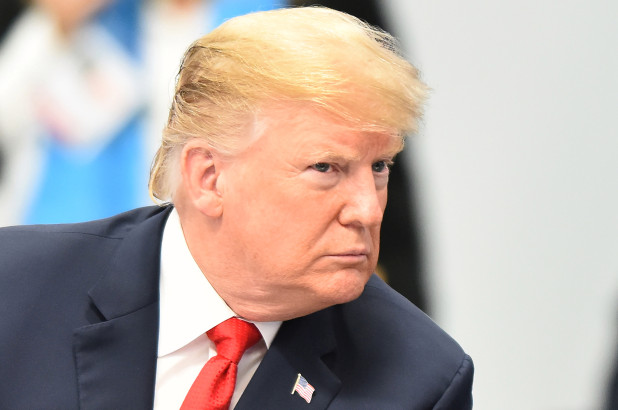 New York: US President Donald Trump has declared a state of emergency over the novel coronavirus (COVID-19) outbreak in order to make more funds available for fighting the fallout of the disease while reflecting symbolically the seriousness of the situation.

Trump said on Friday that up to $50 billion will be available to states and territories to meet the challenge and declared, “No resource will be spared.”

The declaration came as the number of coronavirus cases in the US hit 1,800 with 41 deaths.

The stock markets zoomed as Trump made the declaration at a White House news conference. After having plummeted by more than nine per cent on Thursday, the markets gained about the same percentage on Friday, most of the gain coming while Trump spoke.

Trump said that states and local administrations will get the resources made available through the emergency declaration.

However, Trump and Speaker Nancy Pelosi were at odds on a national coronavirus relief package.

Trump called the relief package proposed by Pelosi as not “what’s right for the country” while Pelosi was adamant about going ahead with a vote on it in the Democratic Party-controlled House of Representatives.

The US President also said that under the emergency the rules would be made flexible to allow doctors and hospitals to deal with the crisis.

Health Secretary Alex Azar will be empowered to waive rules for developing medications and tests and for promoting telemedicine.

In keeping with the Republican philosophy of involving the private sector he announced several initiatives with corporations.

The main initiative is with Google that will enable to people to screen themselves online to see if they needed a COVID-19 test and where they can get it if needed.

Trump said that 1,700 engineers will be working on the projects with Google.

He met with several executives of private companies before the news conference and some of them spoke to the media about their programmes.

The retailer Walmart with a large national footprint and others like Target will make available their facilities to COVID-19 testing.

The pharmaceutical company Roche will be able to get a shortcut to offer its system for fast tests for the coronavirus.

Trump defended his administration’s response saying that it was following the procedures in place that were not designed for a crisis like the coronavirus and that changes would be made to deal with similar crises should they arise in the future.

Seema Verma, who heads the two separate federal health insurance programmes for senior citizens and for the poor, noted that a lot of the deaths were among older people and said that several new regulations are being put in place to protect those in nursing homes for the elderly.

Pressed by a reporter who accused him of being “selfish” by not getting himself tested for the coronavirus after having been photographed in the company of someone who had come done with it, Trump said that he would undergo the test but would not say when or commit to making it public.

Trump and medical experts with him said that people should undergo tests only when a doctor advises them to take them.

Trump declared the emergency under a 1988 law for funnelling aid to states and local administrations.

Unlike in India, a state of emergency like this in the US does not involve limiting civil rights and it only paves the way for providing funds for dealing with the fallout of a disaster like the coronavirus and for relaxing laws and regulations to speed up medical response.

Senate Republican leader Chuck Schumer has said that under the law known as the Stafford Act $42.6 billion could be immediately available from the Disaster Relief Fund.

Trump has been under criticism for his handling of the coronavirus crisis by not responding soon enough or adequately.

Schumer and 35 other senators had written to Trump on Wednesday asking him to declare the state of emergency to make the funds available.

Odisha: Two die in two separate incidents after being hit by trains