Covid-19 cases will decline in Odisha in next 10 days: Official 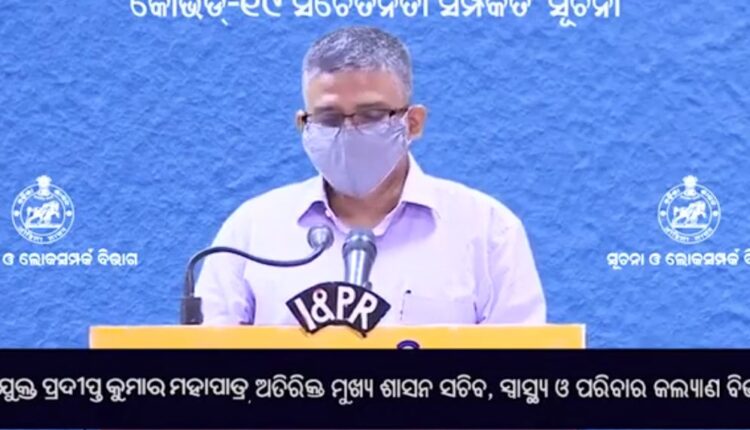 Bhubaneswar: As there has been decline in test positivity rate (TPR) in Odisha every passing day, the State government expected Covid pandemic situation improve in next 10 days.

Additional Chief Secretary of Health and Family Welfare Department, PK Mohapatra today informed at present the test positivity rate in the State is at 14%. Moreover, five districts have reported TPR below 5%.

The peak period of second wave of Covid pandemic in the State was over, he stated adding, on May 22, the State recorded the highest number of 12,858 positive cases.

Mohapatra said 30% people in 45+ age groups have been vaccinated. But vaccination drive for 18-44 age group is being carried out in five municipal corporations and six district headquarters of the State. Once, the State gets adequate number of vaccines, the vaccination drive will be expanded in other districts.

He further informed measures have been taken to ensure adequate oxygen supply is being provided to hospitals. District Collectors have been directed to inform the State-level Task force formed by the government about the quantity of oxygen available in their districts before going to bed, the Additional Chief Secretary said.

Over 37% of Indians face salary deduction amid Covid-19 crisis