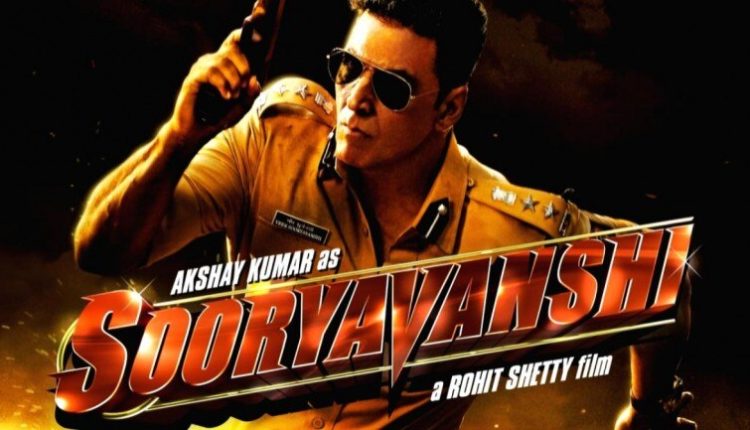 Mumbai:The wait for Akshay Kumars “Sooryavanshi” just got a bit longer. The film has been delayed indefinitely amid the coronavirus scare.

Akshay along with the team of the film shared the news about the postponement over social media. It was scheduled to release on March 24.

” ‘Sooryavanshi’ is an experience that we have created for you with over a year of dedication and hardwork. And the response we received for its trailer was nothing less than electrifying and made it clear that this film truly belongs to its audience,” read the official statement.

“We have been as excited as you are to present the film to you and your family, but due to recent outburst of coronavirus, we, the makers, have decided to postpone the release of your film ‘Sooryavanshi’, keeping in mind the health and safety of our audience. And therefore, ‘Sooryavanshi’ will be back for you just when the time is right. After all, safety comes first… Until then, keep the excitement alive, take care of yourself and stay strong,” added the statement, which was signed off by Team Sooryavanshi. 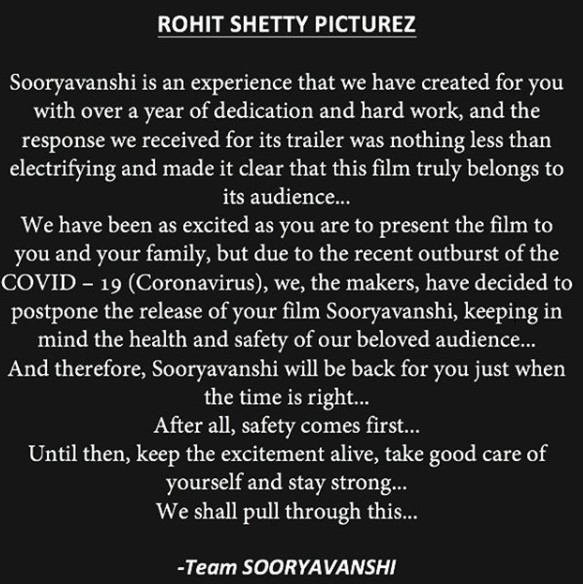 In “Sooryavanshi”, Akshay will be seen as ATS officer Veer Sooryavanshi on a lookout for terrorists planning a deadly strike on Mumbai. Ajay Devgn and Ranveer Singh will also reprise their roles of Singham and Simmba in cameos, to help Akshay bust the terror plot. Actress Katrina Kaif will be seen as Veer Sooryavanshi’s wife while Jackie Shroff plays the antagonist. “Sooryavanshi” also features Gulshan Grover, Abhimanyu Singh, Niharica Raizada, Sikandar Kher and Nikitin Dheer.

The film is presented by Reliance Entertainment, and produced by Rohit Shetty, Karan Johar and Cape of Good Films.